See what I did there? In that title? Anyone who read my (former) Diet Schmiet blog knows food, fitness, exercise and I have a long and tumultuous history. You wouldn’t know it now but I was fairly athletic when young. I played representative basketball and netball and at one point exercised obsessively for hours a day.

I was anorexic for part of that time so that obviously came with a lot of emotional baggage I’ve partially shed over the years, though some of the horror remains. Suicide sprints (shuttle runs etc) remain a thing of nightmares.

It wasn’t always like that. For much of my life ‘exercise’ was a side effect of playing sport. And then it wasn’t. It became the way I controlled my weight and my fitness. It was no longer something to be enjoyed, but something to be endured. It was always about succeeding. About winning or losing. Individually or as part of a team.

Eventually I ditched some of my exercise demons and over the intervening decades I’ve swung between being an avid gym goer (preferring classes / circuits to individual workouts) to feeling a distinct sense of dread over the idea of a leisurely walk.

The latter has been the case for the last few years. I was able to clock up some incidental exercise when I went back into the workforce but the combination of being unemployed, working a little from home, and living out of town (and at the top of a hill) has meant I’m lucky to make it to 2000 steps a day unless I pace my corridor purposefully.

However… I’ve been increasingly conscious of my expanding waistline and lack of fitness. And then there’s been the recent heart-related issues so I decided I needed to do something. Each week has started with me deciding I’ll drive myself to the nearby beach to go for a walk and yet…. I’ve not done so. 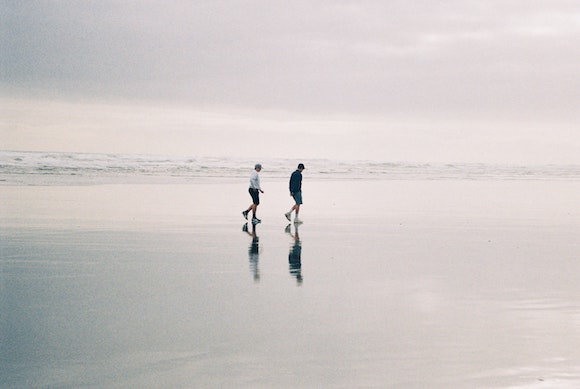 And then fate intervened and someone advertised a local (over 50s) exercise class. I enquired about it then promptly regretted doing so. But I finally bit the bullet last week and went twice.

It’s low impact and low key. I’d double-bra’d it. (Anyone with larger breasts would know keeping them in place is harder with age and increased weight.) Also my old sports bra is too small but I wore it so the suckers wouldn’t move an inch but also wore a bigger more comfortable bra over the top lest the rolls of fat over the too-small bra be visible.

But there were no high impact moves. We can work at our own pace and I would think I’m at least a decade younger than most of the others there. If my fitness improves (as it did during my foray into water aerobics 4-5 years ago) I’ll probably need to work out how to make it a bit harder without looking like a wanker in front of the others but for now it’s perfect.

I’ve committed to going twice weekly and at $5/class this unemployed student can potentially afford them in an ongoing way.

I’d like to think I’ll complement these classes with some walking but at this stage (three classes down)—if nothing else—it’s given me a sense of accomplishment and that I’m finally following through on a commitment. For a change I’m trying NOT to overthink it and just get myself there each week.

Are you a willing exerciser or do you have some exercise demons?