As you would know (cos I’ve talked about it every bloody day) I’m currently in my hometown as my father is unwell. Originally I was coming home for four days (five nights) before returning to my own home for an entire week of holidays.

As a result I packed a small bag (focussing more on fitting my sandshoes, laptop and fave sweatshirt  in the backpack, as opposed to a myriad of clothes), and really didn’t worry too much about planning for my weight loss program which was starting on Monday. I figured I could manage my diet and exercise for the first two days of the program with minimal stress and planning. And then I’d be returning to my own environment where I could settle into some sort of routine (despite the threat of being on holidays and home all day for the first week).

But, my four-day sojourn has turned into a nine-day stopover, consuming the entire first week of this round of my weight loss program. 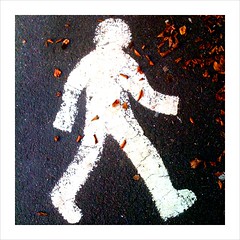 My original plan was to just do some walking to keep up SOME pretense of healthiness, knowing I’d be able to step up my exercise when back (in my) ‘home’. I did suss out some local gyms but decided that was a tad obsessive for a 4-day flying visit and – given the size of my hometown – options were limited anyway.

So… by the time my father was admitted to hospital 3 days into my stay, I’d already done a couple of walks. And on that day poor planning meant that the end of the day (the FIRST day of the weight-loss program) was nearing with me still not having done any exercise, which (you may recall) led to some angst and the usual guilt.

Given that my visit was to be a brief one I hadn’t driven (plus I hate driving), so we only have the one car. So, as my mother was staying on at the hospital, I was able to get some exercise done by walking home and leaving her with the car. 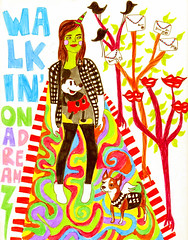 Walking on a dream? Ummm… not exactly!

And that started the routine that she and I have settled into this week. She goes to the hospital early (while I’m lolling in bed and trying to get up). I then do some blogging, eat breakfast, bring about world peace, and then mid morning I walk from home to the hospital (which only takes about 30 minutes) to relieve her – though she never stays away for long. Then after several hours of sitting with my dad, I walk the 30 minutes back home again in the late afternoon.

It’s meant that I don’t have to stress about getting up early to do something before mum goes to hospital, or plan around my exercise later in the day. And… it’s akin to incidental exercise, so it’s more about me getting to and from the hospital, than the calories I’m burning off enroute. Sure, I know I’m not burning massive calories or increasing my fitness levels at all, but it’s serving a purpose and allows me to exercise daily without needing to think much about it when we’ve got so much else going on. 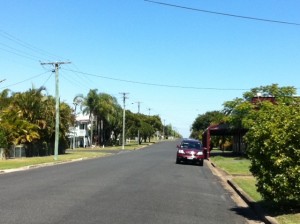 The long straight road which consumes half of my walk. Taken yesterday.

And the walk itself? It’s not picturesque by any means. But, as the private hospital is on the edge of the CBD (and when I say that, I mean the 2 or 3 streets of mostly-empty shops) so only the roads closest to the hospital are busy. In fact at one point on yesterday’s 11am walk I didn’t see a car for about 15 minutes. And this is a good thing because my hometown suffers from a lack of footpaths on all but the busiest streets so I’m road-walking most days.

At this stage I return ‘home’ in 3 days. My father’s (most recent) illnesses have been diagnosed. He has (had) diverticulitis which is now being treated. He appears to have had a touch of pneumonia; there remains a problem with his liver functioning (he’s never been a drinker – my parents are both STAUNCH non-drinkers); and earlier xrays showed some degeneration of bones near his spine. But… his biggest problem now is his back as he can barely move. New xrays yesterday showed a fracture on some part of the spine which wasn’t there when he complained of a sore back a couple of weeks ago. Given that he went ‘wandering’ about the hospital on Monday night and was found downstairs having had a fall, it is thought he hurt his back then.

The latest worrying symptom is that he is seeing things (mostly shapes in the ceiling of his room – writing; pictures of us; a dog coming out of an oven) and speaking a lot of rubbish that makes no sense. Plus, he is even more confused than normal. His dementia normally only affects his short term memory, but at the moment he is struggling to remember some of the basics. He remembers us, but wasn’t sure where he lived. And he thinks the nurses’ station outside his room is the kitchen. Last night told me to go and check he’d turned off the soup as he wasn’t sure he did?!  The doctor did say that the hallucinations (etc) could be from the pain or pain medication. I sure hope so.

It seems that, given the fracture to the spine, he will be in hospital for some time. My mother is telling me she wants me to return to my place as planned next week, so I’m aiming for that. I’m hoping she eases up on her visits and has some time to herself while he’s being looked after by others.

I guess it feels unfair that I can go back to my life 300km away and again start obsessing about exercise and planning my days to the tiniest detail; when the hospital room and treks to and from the place itself will be (and seem like) a world away.