I first mentioned this impending milestone a few weeks ago. In fact… this blog has been half-written for four or five weeks. It was (however) initially super-upbeat because after losing quite a bit on my first week or two of the program (well…. according to my parents’ scales) it appeared I was going to zoom right through the low 100(kg)s into double digits.

Alas… we now know, that aspiration has gone right out of the window (and bloody well didn’t take the kilograms with it!). I suspect firstly, that my mother’s scales were incorrect – which threw me a little. Then (and partially in response to my blahness over my lack-of-weight loss-despondency) I over indulged (purposely and purposefully) on some chocolate and the like. To top that off, I have used alcohol on several nights over the past few weeks as a mechanism to cope with some stress (and other general crap) in my life.

As a result, the double digits which I expected to have achieved by now have eluded me. Today I weighed in at 104.4kg. Only half a kilo down from last week (though one whole kilogram down from what I was on Sunday having partaken in too much wine on Friday and Saturday nights). But… despite the fact I’ve only lost five kilograms so far on this program (under half of what I’d lost at the equivalent time last round), I’m trying to remind myself that double digits are STILL on my radar and STILL very doable by the end of this round in early December. (See… I’m trying to keep upbeat after yesterday’s out-of-character positive post!)

And, given that I started this weight-loss program at 129.1kg, getting under the 100kg mark will have meant I’ve lost nearly 30kg, which is most excellent in anyone’s language. 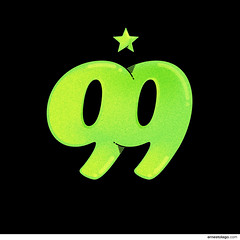 Anything less is a bonus!

I’ve mentioned before, the last time I (seriously) did Weight Watchers (about 8-9 years ago) I got to 90kg and then got stuck. Seriously stuck. I hovered for a while, bursting into tears at each WW weigh-in when the scales went nowhere, before eventually giving up. The scales didn’t jump back as quickly as they sometimes have, but before I knew it I was again over 100kg and from there suddenly 120kg and so forth.

Although I didn’t think so at the time, I look quite normal in the photographs I see of myself at 90kg. Not petite by any means, but not OBESE. My life was still spent dieting or not dieting, but I was doing aerobics and weights several times a week and was fit in a non-obsessive kind of way. As you may recall, my official (ie. according to those charts and BMI etc) ideal weight is 79 (let’s just say 80kg). But, frankly in my own little head (where I reside) I’ve always thought I’d be happy to make it to 90kg again.

Much of this draft post I had to delete was breathlessly excited in nature…. with an undercurrent of hope and anticipation. Over a month ago, double digits loomed large, after all, I THOUGHT I’d dropped four or five kilograms in just a couple of weeks, which had me thinking that the 99kg mark was all but mine. 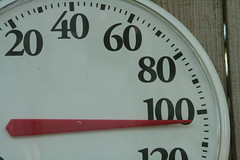 Alas… it was not to be. Well, not yet. But, I haven’t given up hope. It’s still looming, just not as large unless I really pull my finger out and make more of an effort EVERY day of the week. I have to stop going on about the 18.7kg I lost during the first round of this program and using that as my yardstick for this round, as my paltry achievements pale in comparison and depress me and, well frankly… HELLO… LIVING IN THE PAST MUCH?!

Sure it appears I won’t have the success I had last round and it will take me longer than I hoped to reach my goal weight, but… I’m reminding myself that I’m still heading in the right direction – despite the fact that I went over my calorie limit twice last week and skipped two days of exercise. Imagine what I could do IF I stick with the bloody program! WOW!

So, after pondering on how achievable my goals are, I’ve come to the realisation that they are – indeed – doable.