So many of my posts lately seem to be about me being at a crossroads and feeling stymied by the decisions required of me. As today’s post ‘came’ to me (okay… so there was no bolt of lightning; rather I felt the need to put pen to paper / fingers to keyboard to get it out of my head) I felt bad. “Oh god, another ‘WTF am I doing with my life?’ post. People will be so bored!”

But as I tried to quell the thoughts I was reminded of why I write and why I blog. (Which incidentally, is a half-written post in my drafts’ folder, which perhaps should see the light of day now I think about it.) And… sure, I do write with my readers in mind; but mostly I do it for me. And, other than my love of writing, I do it because I need to get ideas out of my head. It is, in some ways, akin to keeping a notepad next to one’s bed to write down lingering and pesky thoughts that prevent one from sleeping at night.

So, I will go with the flow and write (AGAIN) about some thoughts that are plaguing me as I go about my everyday business. And, as I do so, I realise it’s becomingly glaringly obvious that I am well and truly at a crossroads. 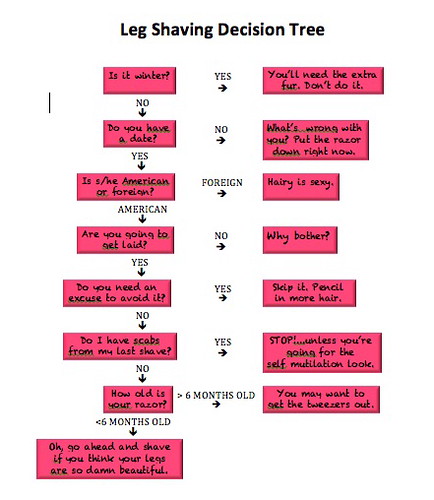 If only all decisions were this easy!

I’ve written before about some of the decisions before me, many of which are interdependent: if I follow this career path, then I buy this place and this car; or if I follow this path, then I stay where I am and don’t buy a car; or if I take this route I leave everything and go overseas. In some ways these decisions sound petty. I mean, purchasing a new car is hardly a big deal. But, my problem lies in the order that I need to make my decisions and the impact they will have on each other.

During my weekend blog-reading I found myself nodding in understanding when I came across this guest post in Tina’s very-popular Faith, Fitness, Fun blog. Laura’s post, Taking the Reigns, is about her decision to quit her job and move across the country to start a new life. Sure, Laura was only 25yrs old with no hefty mortgage payments due every fortnight, but she left family and friends to take control of her life. She says she was ‘drowning’ in her previous life. She ‘hid’ in her work, yet she hated that work. It impacted on her life and she alienated those around her, stopped exercising and buried herself in unhealthy food. She lost confidence and believed that she didn’t deserve a fulfilling life.

I’ve been where Laura was. I’ve changed jobs a few times because it’s gotten to the point that the darkness pervades all aspects of my world. On one occasion though, I was so entrenched that it wasn’t until my (then) pilates instructor commented on how miserable I’d become, that I acted. Like Laura though, I’ve always been ‘responsible’. She didn’t upend her life without having the next step planned – a new job to go to. I’ve done the same. I remember the very first time I left a job to go to another… my parents were horrified. I still remember telling them; where we were and what we were doing. Both of my parents basically had the same jobs for all of their adult life. Resigning to start something new was foreign to them. In fact, it may be difficult for a lot of people, whereas I’ve chopped and changed careers a lot. A LOT. I sometimes suspect it’s been to my detriment; if I’d stayed in one field I might be higher up the ladder… but I’ve always been more about the fulfillment (with some financial security thrown in) rather than scaling the meteoric heights of organisational leadership.

And yet… here I am. At that bloody crossroads again. I guess, in all honesty (if I cut through the crap) the big decisions before me are all about my professional future and that impacts on EVERYTHING else. My current position (which I mostly like) ends in February, although there may be a vague hope of being extended. However, I have to assume at that point I’m doomed to return to my old job… which I quite disliked. So, the question is, do I: 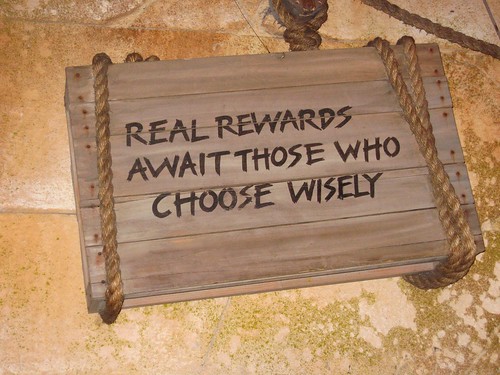 I know this post must be boring as bat-shit for readers. You don’t really need to care what I do with my life. I realise that. But think what interesting blog posts I could write if I was working in overseas development again… I used to write epic letters and emails about my exploits so it could make for more mind-bloggling reading!

But, this has come to a head because yesterday I came across an overseas program which I could potentially join. I’d have to apply and get accepted, but I can’t help but think the act of applying means I’m making a decision.

I know I’m fortunate I’m in a position to have options before me. Of course I may not. They may all fall away and I may be forced into returning to my much-disliked position in three months where my free will, creativity and initiative will be stifled. I will again turn to food and unhealthy behaviour to deal with the tedium of my days. It hasn’t gone unnoticed by me that on many occasions that I tend to lose weight after I change jobs – which is exactly what happened this year (and the last time I left an unhappy environment). 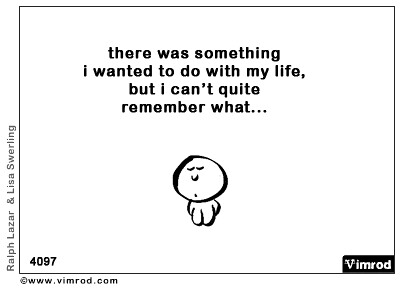 I’ve said before that I don’t mind change, but I’m not a risk-taker. Certainly not now, at 43 years of age and single with a generous mortgage. And, as I’ve been writing this, it’s become a bit more obvious what my unconscious wants me to do. It’s tainted my words and (in my mind) my feelings have been peeking through.

Like many people I’m a bit of a mixed bag in terms of my personality. I’m logical and pragmatic. I make lists. I’ve even been known to weight criteria to assist in making a decision… but, when it comes down to it, I have to confess I make my decisions based on gut feeling. The unfortunate thing about that is that I’m best at making decisions on the run. I know in the moment what feels ‘right’. It’s decisions about future events which have me stymied, which I guess is where I’m at now.

In my Darkest before the Dawn post, I said I was going to allow myself to be karma’s bitch for a while and float along, deferring any big decisions. I’m trying to stick with that mantra, but it’s hard when there are deadlines for applications, and it feels like the act of applying (as I said) is a decision in itself.

In her post Laura talked about her decision-making process. But I’m interested in how other readers make their decisions. And how do you know if they’re the right ones?

“The doors we open and close each day decide the lives we live.”  Flora Whittemore