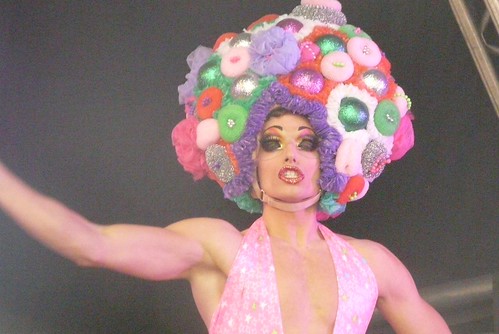 Not THIS kind of dancing queen... though wouldn't mind her body!

I sense a bit of a theme here: Queens galore. And NOT the Mardi Gras kind. Well, not today anyway. But given that I’d talked about my niece being crowned Miss Teen Queen and continued with yesterday’s post about my Drama Queen-like behaviour, it seemed only appropriate that I continue in that vein. And… when I say I’m a contender for the title of ‘Dancing Queen’, I’m not meaning my participation in the slightly-inebriated boogieing at my finale party on Saturday night!

Rather, I’m referring to my participation in a Zumba class. I said I was gonna do it and I did it. Finally! I’ve written before about the little gym I joined next door to my workplace and the minimal classes they offer. So far I’ve only been for a few runs on the treadmill as part of the Couch to 5km program, but I’d always intended to do some classes as well. As it’s a small gym it only has a few classes each week, although a lot of them appeal to me. But the idea of going at lunch is a challenging one for me as I tend to work through my lunch hour, or spend some time working on blog posts and checking out the internet news while slurping my soup. 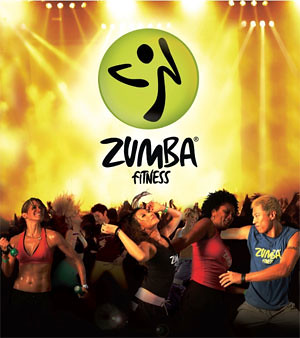 Ummm... this was not my class

As I’d said in yesterday’s post I WAS supposed to exercise before work, but lolled in bed instead but then also had a relative visiting overnight (so I couldn’t exercise after work which is my usual custom). So… I was worrying, until the idea struck me that I could indeed bite the bullet; investigate the little gym’s showers; and partake in my first lunchtime class. Because the room is tiny and can only hold 10-12 people (though how it would fit that many I have no idea) I rushed next door 10 minutes before the Zumba class was due to start to get my name on the list. And… hello nerd alert, I was standing there with the pen in my hand as the staffer placed the list on the counter.

There were only 4 of us plus the instructor. Apparently the class is usually busier but it was perfect for my first foray into Zumba-land…. a back into group-class world I must say. Like my return to boxing, the technique isn’t a problem – just the fitness. Sure there were one of two steps I couldn’t get but years of aerobics, including my old fave, Les Mills’ Body Jam means that I can pick up moves pretty quickly. I must admit I was stuffed after the warm up but soldiered on and even made it through a couple of up-tempo tracks by going for the lower-impact options.

But, I came out unscathed with a cherry-red face and drenched in sweat and… more importantly I’ve suffered no ill effects. My hip ached a little early on, but I’m not in pain today. And most importantly, I enjoyed it!

Fortunately I was on an endorphin high back in the office when my boss came to speak to me. Otherwise there may have been tears. Or maybe not. Who would know?

As regular readers would know, I feel like I’m having a really bloody bad run of late. I’ve obviously pissed some god off, or karma’s coming back to bite me on the butt. I mentioned a few weeks ago that I’d applied for a job at my workplace (more senior position, longer term etc). I wasn’t confident, but I was hopeful because I’m told people think well of me there…. but yesterday I discovered I didn’t get it. My boss was obviously feeling terribly stressed when he told me about it and I can’t blame him. Surprisingly the person who got it wasn’t the person I thought they’d earmarked it for, but a complete outsider. I have to admit I’m not overly devastated at missing out but more ‘slighted’ than anything. But… maybe this new person is great. Well, she would be if she didn’t take the bloody job I wanted!

I’m disappointed more because it comes on top of a lot of other crap and I really – I mean REALLY REALLY – wanted some good news for a change. I apologise for the ‘pity party’ as my mother would put it. Mostly I realise that I’m very fortunate – I have a good job, am financially secure, have a good relationship with my parents, I have friends who care about me and I (mostly) have my health. I just need to remember that more and focus a bit LESS on the bad stuff. Oh, but I’d also like some good news. STAT!