Regular readers will know I’m struggling to find a gym in my new hometown. The two front-runners each only have one dance (Zumba) class a week and given my love of dance-based exercise, I’m struggling to feel even vaguely enthusiastic as I trial each of the gyms.

In all honesty I envy those who aren’t reliant on a gym or class-based exercise. I envy those who jump out of bed and head off for a run every day, or do their own homemade circuit sessions. I also envy those who simply insert a DVD or Wii or Xbox game and leap about their lounge room.

The latter is definitely a sore point for this green-eyed girl because I USED to be one of those people.

While in an exercising-frenzy at high school, I used to partake in a Jazzercise program, which aired back in 1983-84. Yes kiddies… there were no horses and carts, but we did have legwarmers, leotards and video cassette players. I’d record a few episodes and do a couple in a row before school each day.

And when I think back to the woman in the unbelievably conservative white leotard (worn attractively with black tights) I realise… we’ve come a long way baby!

And, on the subject of home workouts, I have a fabulous treat for my Aussie readers!

Zumba® Fitness Core, has just been released on Nintendo Wii and Kinect® for Xbox 360 in Australia offering Zumba-lovers or potential converts a way to “dance your way to a sexy six-pack!” And who wouldn’t want that?!? 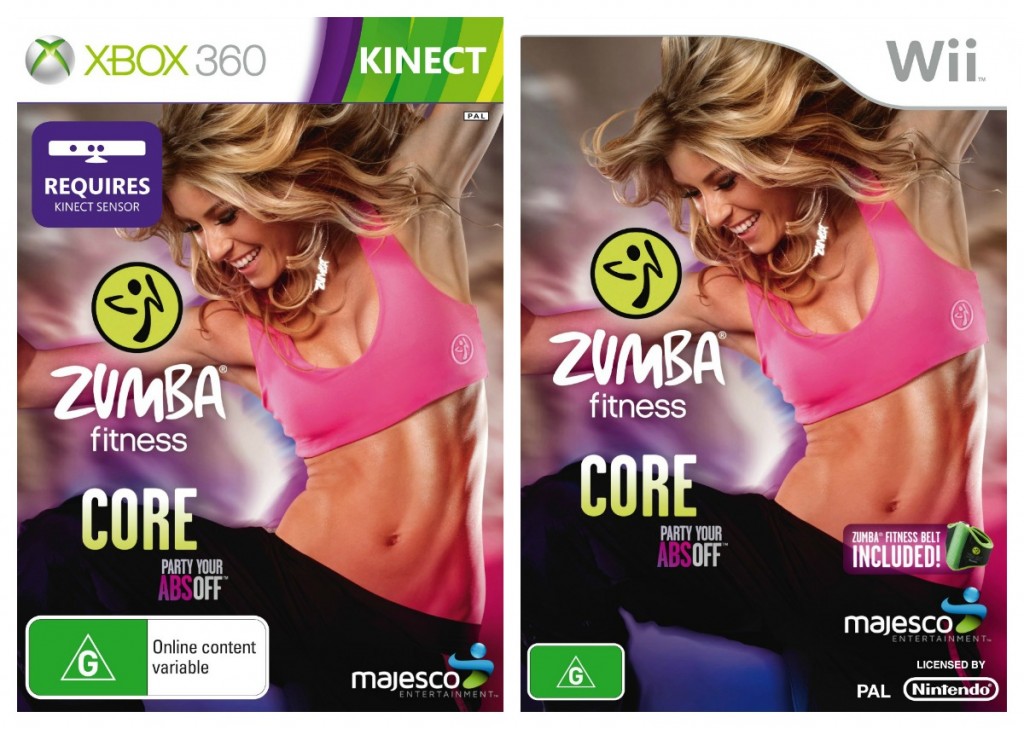 Apparently you can choose from 45 different pre-set classes (30 in the Wii version), or customise your workout to suit your preference, with this innovative new interactive fitness experience!

I have TWO copies of Zumba® Fitness Core (either Nintendo Wii or Kinect® for Xbox) to give away.

And… all you need to do to enter, is leave a comment telling me why YOU would like to win this fabulous new release. And although I’m keen to read your responses, winners will be drawn randomly.

This competition is now closed. Thanks and good luck to those who entered.

As for my overseas readers, I’d still love to hear if you have tried exercise DVDs or games?

Disclaimer:
I was offered a copy of the release to review, but declined given my lack of access to a Wii or Xbox. The two giveaway copies, however, have been provided by 505 Games, a global publisher of video games, and Majesco Entertainment Company. And if you’re not one of the lucky winners, the releases are available at all of the usual places!