I know it will shock you to know that I’m not perfect. In fact I’m far from it. 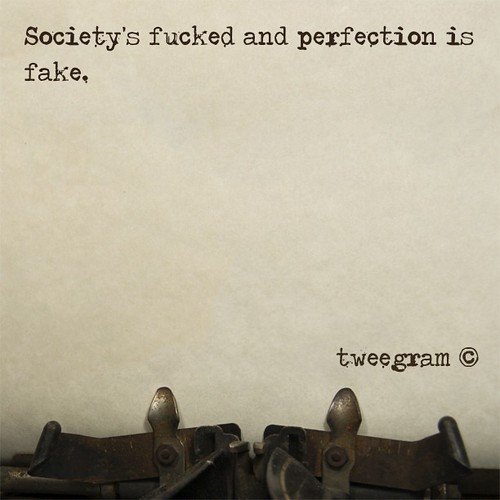 And, as I’m usually the first to admit to my weaknesses or confess to failures… it may surprise you even more today that I’m patting myself on the back and acknowledging something I’ve been doing well. (Egad!)

Blog and social media reading can give you SO much insight into people’s lives. It can be both scary and comforting to have access to others’ thoughts and fears. Last weekend in particular I noticed a theme around exercising.

I’ve admitted that my own fitness has suffered over the past six months, for a variety of reasons. Early this year I was participating in some classes which challenged me and which pushed me JUST far enough outside my comfort zone to ensure I didn’t pull the plug, but kept plugging away instead.

Changes to my working arrangements in late April also resulted in changes to my own exercise program. I wasn’t doing the same classes. I wasn’t forced to push myself quite as much.

I worried about it. ‘Was it a bad thing that my fitness levels weren’t constantly being challenged?’ I wondered.

Although I talked about this lack-of-fitness-fear, I was also silently smug with my exercise regime. It wasn’t what it had been just months before, but… I had a routine going. It wasn’t perfect, but it was okay. Particularly for someone like me who – just a year before was doing nothing. Nada. Zip. Zilch.

I know that losing weight is mostly about the food. 70/30 or 80/20, depending on what you read: ie. losing weight is 80% about your ‘diet’ and 20% about your exercise. From all accounts that changes as you near or reach your goal weight… but when you’re carrying a few (dozen) extra pounds or kilos, it’s all about what you shovel into your body. Burning a few hundred calories in the gym will have little impact if you’re scoffing thousands of calories in junk food. (Although it may make you feel better and have other benefits!)

I’ve long admitted that it’s the food I’m struggling with.

But it’s only recently occurred to me that – sometimes – I don’t give myself enough credit for getting into some sort of exercise routine. Work colleagues often commented on my daily trips to the gym. I’d shrug them off…. it was just what I did: Monday and Wednesday I Zumba’d; Tuesday I did a Pump (strength) class; and Thursday I did pilates or my own cardio workout. Friday was the challenge and I tried to get to the gym to do some cardio when I was in the office.

And… yes, I’m going to say it: Yay for me! Even if I didn’t get to the gym that fifth day, I think I’ve still been doing an okay job.

Sadly that’s all about to change. I finished my job yesterday (and I’ve written all about my departure from the workforce here before). I’m planning on continuing my gym membership until the end of October – BUT I’m not sure how keen I’ll be to drive into the busy city each day to make it to the gym. I’ll definitely go a few times, but I’m going to have to start working on other options.

Longer term I’ve sussed out gyms in my future home-to-be. I’ve talked about wanting to focus on my health and fitness in my new life. I won’t be able to justify the cost of a personal trainer (being unemployed ‘n’ all) but am hoping I can get into a gym routine in the new locale. At least now I know I’ve done it before so I should be able to do it again!

In other news
I faltered on my healthy-eating plan yesterday. For 11 days I’d been having my IsoWhey shakes for breakfast and lunch, protein and no carb-veges for dinner and almonds for snacks; although occasionally with some indulgence in wine and a lot of indulgence in vanilla diet coke. In my first week I dropped a much-needed 2.1kg (4.2lb) and I’ve been assuming this loss will continue. 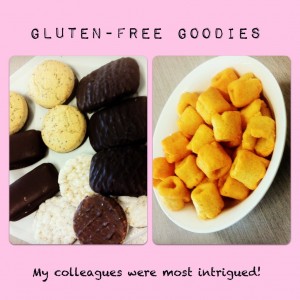 However… as yesterday was my last day at work, I had a lunch and morning tea to attend. I’d planned on just sucking down my diet coke at morning tea, until my colleague (and friend) unveiled the spread: plates and plates of gluten-free goodies. For me. In my honour.

Faarck! I initially panicked. But then remembered life is short and I’m strong enough to get back on that horse or wagon or bicycle or whatever. Having said that I did also indulge in some hot chips later in the day, but today I’ve had my protein shake for breakfast and feel like I’ll be okay.

Funnily enough the colleagues who came to the morning tea were highly intrigued by the GF food. The faux cheezels and biscuits were examined as if specimens in a real-life CSI Brisbane!  Everyone was surprised at the seemingly-normal taste and original packaging was retrieved from the rubbish bin to allow the ingredients to be scrutinised.

And now… I’m onto the next stage of my life…