This might surprise you as I’m not usually one for blowing my own trumpet (or maybe I am….?!), but today’s post is a smug self-congratulatory one about stuff I’m doing well. It doesn’t happen often and I’m not sure if that’s because I’m not usually doing stuff well, or because of the whole trumpet-blowing phobia, but either way this kind of post is rare for me. 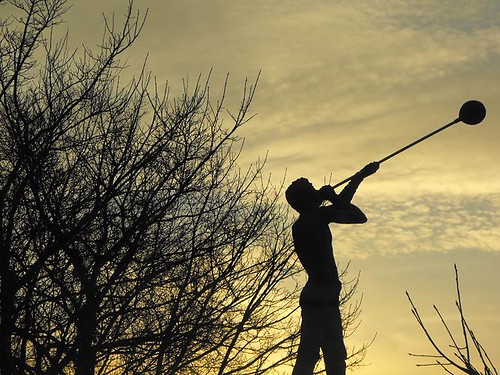 And in fact, this part onwards is a second draft because – despite starting with that upbeat paragraph – the rest of it was full of tales of woe and self-pity. Despite feeling glad that I restarted tracking my food and exercise this week (as promised in my ‘Game on (bitches)’ post) I tempered the rest of the original post by going on to confess that I had popcorn for dinner Monday night (cos I forgot to get the fish out of the freezer). And then Tuesday night I actually ate two pieces of fish (with salsa) instead of one. Then last night I had red wine. There were trade-offs for each of those and Tuesday and Wednesday in particular, I kept below my 1200 calorie limit. I just made some bad choices.

So… what started as a self-congratulatory post quickly descended into my usual ‘Aren’t I bad?’ twaddle.

So (forgive the language), fuck it! Back to the trumpet-blowing. I’m going to ignore the negatives and refocus on my good news stories for the week because I need to get some perspective. Sure I have a long way to go, but I need to remember that just four months ago I was binge-eating caramello koalas, bags of corn chips and hot chips while avoiding people and spending my life on the sofa.

But now… I’m a different person. Well, not entirely cos I’m still me. Obviously. However, not only did I start tracking my food and exercise on Monday as promised; but I also upped the ante on my exercise. Last week you will recall that I ventured into a Zumba class for the first time ever AND I went to a ‘Move and Groove’ class. And this week I went back for more. AND, on top of that I went to a Body Pump class. I know it’s shocking, but Monday, Tuesday AND Wednesday I took a lunch break and attended classes every day. I surprised even myself as I thought I might get to one or two classes a week. Rather, I made a concerted effort to ensure I was free and to not feel guilty for taking a lunch break on those days.

Better still, I enjoyed all three classes. I’m loving Zumba: the music is amazing and instructor fabulous. Move and Groove (aka Body Jam – sort of) is still a bit strange with a Hip Hop-dancing instructor making it up along the way. But… again – great music and some funky moves. And finally, attending my first ‘Pump’ class in about seven years wasn’t as scary as I thought it might be. Of course I paced myself fearing the shock my body might go into after having to suddenly lift ambitious weights (in addition to carrying my excessive weight about).

With busy workdays on the remaining two days of the week I’ve planned to rely on my faithful rented exercise bike at home – previously much-hated and dreaded, although now I get some variety I suspect it will be quite handy.

So there you have it. Whereas four months ago I couldn’t walk without getting shin splints I’m now mixing up my exercise and trying new things. On Saturday I’ve booked into a pilates reformer class and am already considering trying some boxing classes at the gym next week. Just to keep me on my toes. Literally!