I have a terrible habit of going off-track when I am writing a blog post. Usually I’ll have thought of some (obviously amazing!) topic and as I start writing I’m struck by all of these other (obviously equally amazing) ideas and find myself going off on a tangent. If I’m really strict, I hive off the tangent for a separate post. But sometimes I’m overcome by my need for instant gratification and I want to publish whatever it is I want to say then and there…. so the post loses its focus and becomes either convoluted or long. Or (usually) both.I apologise in advance, because I can already tell today is one of those days. 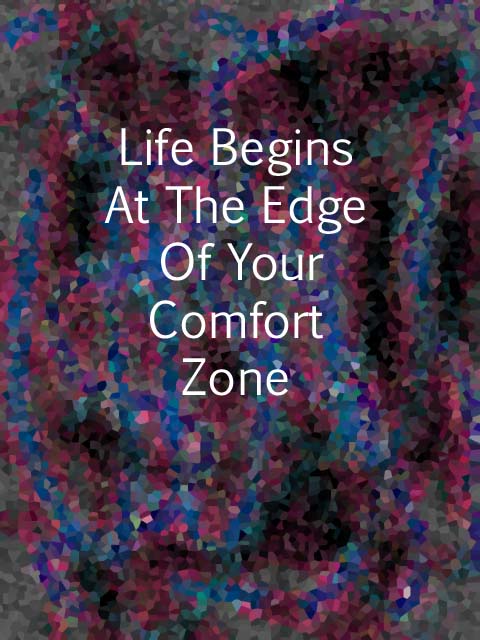 Regular readers will know that in August or September last year I joined a little gym near work and have been diligently visiting for the past few months. Some of the classes have been on hold over the holiday period however, including my beloved Zumba (which may well not be traditional Zumba, as it happens – which is actually a complete aside and is actually NOT the tangent!). As a result, AND because I’ve shelved my running program I’ve had to alter my gym program a little since the Christmas/New Year period.

But mostly I’ve been doing the same classes for a couple of months now… slowly adding in those which were originally scary, as I’ve felt braver and fitter. And this week – in order to mix things up a bit – I started to think about trying something new. And as I pondered on this I was reminded of a post I’d read on my commute into work that very morning.

Blogger and writer, Karen Anderson was talking about her comfort zone. Well, actually it was about her discomfort zone and the fact that she’d have to push some boundaries if she really wanted to make some changes.

I commented that – for someone who can be so risk averse, set in their ways and big on the need for comfort and control – I’m often ‘up’ for new things. WITHIN REASON: I clarified. I won’t do anything which might embarrass me (too much). I won’t do anything which will make me feel like a huge failure. But… if it’s something that I might not be good at, but shouldn’t necessarily HAVE to be… then that’s a whole other thing. (Although I will generally offer some self-deprecating disclaimers before I start.)

As it seemed the planets were aligning and giving me a message of sorts…. I trudged off to something called Cardio-blast. I knew nothing about the class other than that it MAY involve some equipment and MAY include aerobic moves to get your heart rate up (I’d emailed the gym to ask about it!). I must say, despite not knowing what to expect, the class wasn’t at all like I expected. The instructor threw in some strength work, some step aerobics, high impact aerobics and the like. By the end of the class I was opting for the low impact moves and could barely gasp for breath. I changed my shirt (and applied more deodorant and perfume) after the class to avoid apshixiating an entire trainload of commuters and noticed that my face was as red as the clean, dry shirt I donned for the trip home. 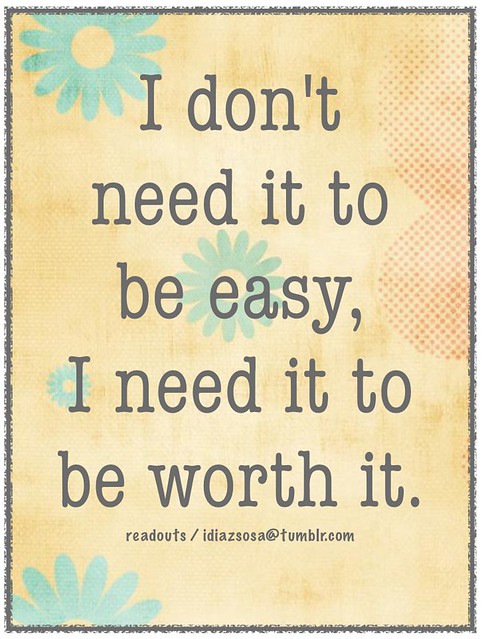 The next day dawned along with some soreness. I was scheduled for my usual ‘Pump’ (weights) class, but got a message that a daytime class had been changed to a ‘resistance circuit class’ aimed at “toning and strengthening our lower and upper bodies and our cores”. Why the hell not? I decided and switched my plans for the day. Different movements to my usual weights classes, meant that I worked muscles usually left to their own devices. And a day later my calves, shoulders, quadriceps and almost every other body bit was aching. Which would be fine, if I didn’t need to walk, move my arms or you know… breathe at all!!!!

But despite the soreness I’m pleased with my decision to try something new this week. I’m not sure I’ll be a regular cardio-blaster, but I’m thinking about going occasionally. Although I hate gasping for breath when attempting to run on the treadmill, I don’t mind it in a class and this week I really had to push myself. I was out of my comfort zone but happily so. And it was certainly worth it.

And I realised that it was something I wouldn’t have attempted over six months ago. I mean, my fitness still isn’t great, but I’m confident enough in classes that I can adapt the exercises to suit my needs, or I can push myself knowing that the pain will be brief.

Earlier this week I bought into a Facebook exchange between some participants on my old weight loss program. Someone was scouting around to see if there were others in her category (140+kg / 308+lbs) who may be interested in gathering for group exercicse.

A few of the old timers suggested the girls attend existing sessions, saying that others there would be fully supportive etc. But… I could see where the newbies were coming from. It’s easy for some of us to forget where we were just months or years ago. There is NO WAY IN HELL I would have dreamt of attending one of the outside bootcamps when I first joined the program. I couldn’t walk without getting shin splints, so eased my way into it by just using an exercise bike at home before eventually signing up for regular boxing classes.

I did, however, (quite early on) attend another group class but despite my ‘I’m not very fit’ explanations, the first thing we had to do was run… just for a warm-up. As you do. I could have walked, but no one else walked and I felt I needed to try to run. So I did. I survived, but I didn’t enjoy myself. I felt kinda cheated.  Deceived.

All of this was quite timely as blogger Skinny Emmie also had some pointers for new exercisers in her blog earlier this week, which again served to remind me (as I said), that it’s easy to forget where we started. Hell, I’m almost still there… struggling along, but I’m getting there. Slowly.

And it occurs to me that fitness is only part of the thing stopping us from ‘joining in’. My (slightly) increased fitness is only one reason I’m now trying other things. I’m also able to do it because I feel more confident. I think this diagram demonstrates it perfectly: I’m able to step out of my comfort zone because I know my limitations and have the confidence to push the boundaries just a little… so I am challenged (in the learning zone) but not deterred from returning (in the panic zone).