I’ll preface this post by saying that I’m no expert. At anything really. Other than watching-television and reading crime-fiction. Oh, and I’m pretty good with 80s and 90s movies. But anything health-related, well…

However, because I’m always happy to share my magnificent insight and prone to be blunt, I figured I’m well-placed to share some tips I’ve garnered in the (almost) nine years since my coeliac diagnosis. 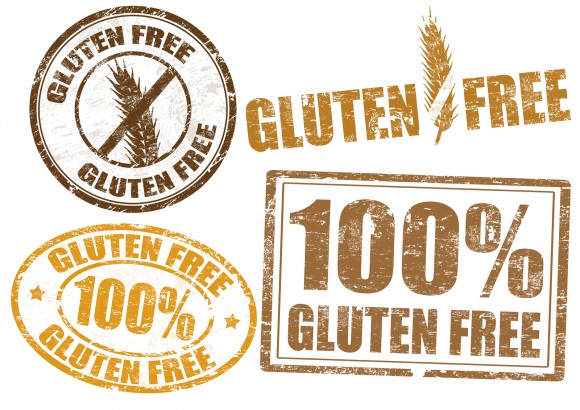 So, hold onto your hats and prepare to be amazed. #orsomething

It’s not the end of the world. I know your diagnosis will feel like it, but it’s not. I had previously been diagnosed with hypothyroidism and that completely freaked me out. Little did I know my underactive thyroid was fairly minor on the autoimmune disease scale – with more to come! The coeliac thing threw me for a loop. “Life will never be the same!” I wailed – after basking (victim-like) in self pity for a bit of course!

And no, I’m not suddenly going all ‘gun’-ho American style. I’m talking information. There are people who know about this stuff. In Australia there’s Coeliac Australia. Although you have to pay to join and re-subscribe each year, you HAVE to have a doctor’s certificate with your diagnosis to be a member. Parents of coeliac children are obviously eligible. 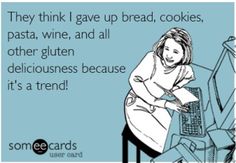 In Oz Coeliac Australia is a wealth of info. In addition to regular magazines and newsletters as part of your membership, you can buy some products such as ingredients’ guides as well as cards in a variety of languages which explain the allergy. (Perfect if you’re travelling!)

I’m sure many other countries would have a similar official body.

It’s a sad fact that gluten-free food is generally more expensive than the stuff with gluten. $6 for a teensy loaf of bread is just the start. I recently paid an extra $3 (on top of my $17.90 eggs benedict brekkie) for one small piece of GF bread. It’s annoying but a cold hard fact that we coeliacs often have to pay a surcharge at restaurants and cafes. (It just pisses me off when it’s excessive!)

I understand in the US there’s some sort of tax rebate available to celiacs but (as yet) there’s nothing in Australia like it. (I’m not sure about other countries!)

4. Speciality stores have their place, but…

When I was first diagnosed I was excited that I lived near a fabulous health food store. And indeed it was (and still is, I’m sure) fabulous. However… I initially made the rookie mistake of stocking up on all sorts of VERY expensive stuff – flour, sauces, pasta and the like.

It wasn’t until I became more knowable that I realised local supermarkets stock HEAPS of that stuff, usually at a lower cost. And… some processed foods are naturally gluten-free. For example, you can buy expensive rice crackers (etc) which are ‘gluten-free’ but – as it happens – many of the generic brands are gluten free anyway. 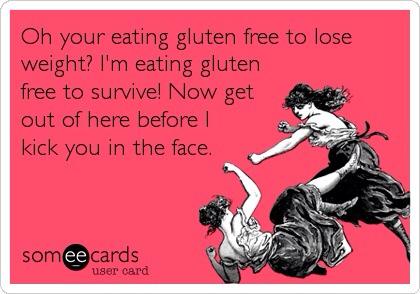 Okay, the incorrect form of ‘your’ kills me and I don’t feel this strongly… but understand the sentiment!

I should note that I’m fortunate to have been diagnosed in this day and age, as the range of GF options in supermarkets and restaurants continues to grow. More and more people know what I mean when I say I’m coeliac. And… my personal favourite: brands are CHOOSING to make gluten free products when there are alternatives (Gravox, Masterfoods and Hans come to mind!).

I still think cooking for people with allergies should be part of any chef training course – or at least featured on reality TV cooking shows, but… small steps.

Coeliacs generally feel better once they’ve adopted their gluten free diet. Indeed, many with intolerances and others who give up wheat or gluten also feel better. But… there’s a trap which can catch newbies. Indeed I fell prey when first diagnosed, and later watched a friend do the same thing!

After the “Oh my god I can’t eat anything!” depression passes, you find yourself excited when you see GF products on offer. Suddenly you’re plowing through recipes for cakes and biscuits or checking out local cafes and pantries for GF treats.

“Oh wow!” you say as you choose one of everything and bake batches of ‘healthy’ GF muffins. It took me a while before I remembered I didn’t really like cakes and biscuits. I didn’t eat them before my diagnosis and I was really only eating them now because I ‘could’ and they seemed ‘healthy’. (Look mum; no gluten!)

Sadly you’ll often find that GF products may be more-fattening or have higher Glycemic Index (and therefore be less-filling). I certainly found the latter with cereals for example. 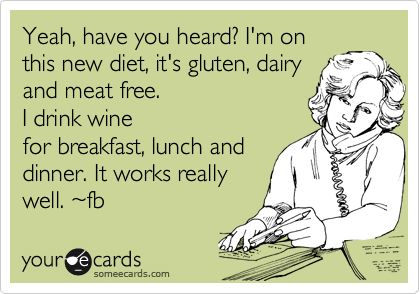 7. Don’t assume others know what they’re talking about

This probably sounds a bit strange but I’ve written before about the issue of gluten-intolerance (or those who choose to go GF) vs coeliacs (with an allergy) in my ‘How coeliac are you?’ post.

I’ve been in cafes when I’ve been told that dishes have been ‘fine’ and that other ‘gluten-free people’ have eaten them. And I know some non-coeliacs who say they don’t eat gluten but don’t worry about soy sauce or stock powder (or even beer!). And then there are others who just skip the basics (bread, cakes and biscuits). 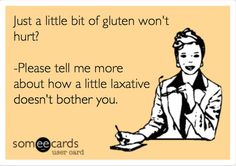 When you can (without being preachy) take the opportunity to educate others about the difference between intolerance and allergy and the fact that – it’s just not about ‘wheat’ (or even the usual ‘barley, rye, oats and wheat’ definition my mother favours). It’s the hidden gluten (in some processed foods) which can result in something that’s akin to food poisoning or worse for those with allergies.

So – there you have it. My not-so-expert opinion.

Of course if you’re wanting to know more about gluten, allergies and intolerances I’d suggest you check out legitimate sources such as health department fact sheets or coeliac societies and the like (rather than some idiot’s blog! 😉 ).

Have you / anyone you know struggled with a gluten allergy or intolerance?

* Obviously all of these memes came from various online sites – most shared too often to work out where they originated!