I figured it was time to check-in on how things are going since my (supposed) reinvigoration just over a week or so ago. (I swear I’m not doing it cos I can’t think of anything else to write about. Although… I’m always happy to receive suggestions!) 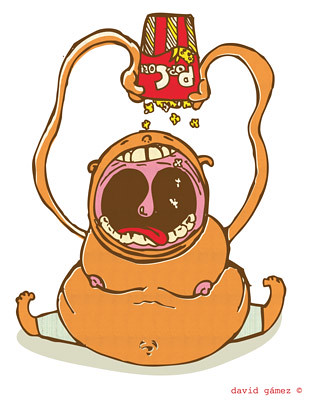 On the food/diet front, I’m pleased to announce that my wayward eating behaviour of a few weeks ago (chocolate, corn chips etc) has indeed been reined in. I had some popcorn (in lieu of lunches) last weekend, but no chocolate or other ‘danger’ food.

But… (and there’s always a but[t] – some bigger than others!) I haven’t been counting calories AND I suspect some of my portion sizes have blown out of control a tad. (Mounds of potato anyone?) And… on top of that I’ve been having wine most nights. I’m still trying to justify it to myself by avoiding carbohydrates on the nights I have wine, but still…. I do realise alcohol is just empty calories.

Given that losing weight is 80% about diet and 20% about exercise (so they say), my lack of weight loss over the past few weeks, is not surprising.

However, on the 20% side, my exercise regime has been stellar (if I do say so myself). As sprouted last week, although I’m slowly getting into an exercise routine, I’ve continued to ‘mix it up’ a bit now that things are settling down for me. I exercised six days last week (bootcamp; Zumba; C25k walk/run; Pump class; Exercise bike interval ride; and Circuit class)… and I’m on track to repeat those efforts this week.

I have to admit that I remain uncertain about continuing with C25k. I do hope I learn to love to run… but last week I struggled to even FIT the 3 times-a-week program into my exercise program, only doing one of the runs. I’m hoping to fit in two days of it this week, but in reality – when I have a choice – I prefer group classes to running on the treadmill. Or running at all!

Am about to wave goodbye to my rented bike

Also, in a momentous decision (which I think indicates how far I’ve come), I’ve decided to return my rented exercise bike. You may recall I was completely dependent on the bike during the first round of this weight loss program as I got shin splints when I walked and was too unfit for much else. I’m still not very fit, but definitely more so than six months ago. Walking is no longer an issue and – obviously – I’m slowly getting into group fitness classes.

And finally we’re down to the numbers… in that bizarrely unambitious Great Expectations post from a week or two ago I did, in fact, set a mini goal to be less than 105kg (a weight I’ve been hovering around for WEEKS!)… and voila – yesterday I achieved that. Only just, but nevertheless…. small mercies and all that….

Of course today I am a couple of hundred grams over again. I tend to weigh less at the end of the working day (before dinner) than I do first thing in the morning. I blame my evening wine and fluid retention! There’s a lesson there I’m sure, but naturally I’m ignoring it for the time being. In the meantime I’ll keep plugging away and taking it day by day. The next step for me is to consolidate the ‘under 105kg’ weigh-in and aim for 103kg. Onwards and upwards… errrr… downwards I mean!