Vanilla Diet Coke
I’ve now been VDC-free for almost a month. But when I say that… well, it’s not exactly true. ALTHOUGH – I’m not drinking it every day as I once used to. In fact, I’ve probably had only 6 x 600ml bottles over the month – which quite frankly is pretty good for me (once a 2 litre/day drinker!) The lack of – whatever is in it – has again helped with my hunger although I don’t feel quite as virtuous or healthy as the last time I gave it up. (Which could be because I also gave up alcohol, crap food and so forth at the same time!) 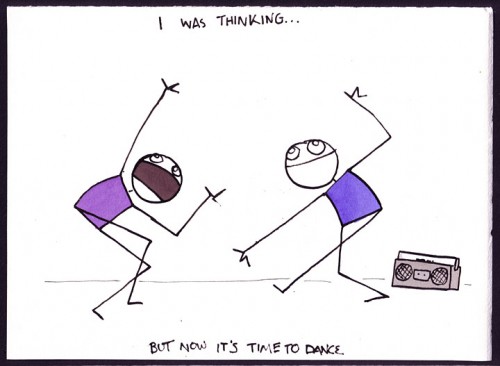 Exercise
I posted the other day about needing to work out a new exercise regime. I’m not there yet, BUT I’m really happy with my efforts in the last week or two. As you know, I much prefer incorporating exercise into my day (lunchtime or after work through gym classes). My work schedule has AGAIN interfered with my usual classes (this pesky having-to-earn-a-living thing!), but…. I’ve been to the gym each working day and done something; and on two of those occasions I did some ‘running’. (The inverted commas are important as I don’t want my readers to get too excited!) I did a Couch to 5km (C25k) week 2 walk/run on one day; and the other I did part of a week 3 run after some time on the exercise bike. I also did a Pump class which involved lots of (bottom half) squats, so my legs and butt are killing me! I’ll need to do something on the weekend but am still pondering on whether I’ll make it to my first Sh’bam class  – which I hope to!

Food & mindful eating
I’m not-dieting. I’m not yet eating ‘mindfully’ but suspect that takes some time. It’s very releasing to be able to eat ANYTHING (though I am putting limits around that at the moment). I’ve been having ravioli, other pasta, rice, pizza etc. I haven’t had any of my binge-foods for nearly a week and hope to make it through the weekend without!

This is what I'll be having for brunch!

Mother-sitting
My mother is staying with me after a brief foray into hospital for some surgery. She’s fine and recovering well. As she lives alone and her surgeon suggested she NOT do certain things (lift stuff, stretch up high etc) she will recuperate with my brother and I for a couple of weeks before returning to her hometown. She’s been with me this week (bro’s turn next week) and it’s been nice to have the company. I almost throttled her when we spent a week together in Melbourne and suspect that was from the added stress of ‘having to shop’ more than anything else. I’m trying to make sure she takes it easy, so she’s catching up on reading, crosswords and taped TV while she’s here. And today we’re off to brunch for an early Mother’s Day celebration (in Oz it’s Mother’s Day this coming Sunday). We’re going to a local cafe which serves my fave breakfast… although I do balk at paying $2.50 extra for a slice of gluten-free bread!

Technology
My microwave died a few nights ago. Thankfully the rice I was cooking was basically done BUT I’ve realised how dependent I am on the bloody thing. Each day for breakfast I zap my bacon and egg (for my toasted sandwich). I zap my skim milk (for my Jarrah hot chocolate drink) at night. My poor mother has had to heat up her lunchtime soups and the like ON A STOVETOP! Imagine that! And then last night we had to minimise our vegetable consumption because I didn’t have enough pots and pans to cook everything I wanted to. *Sigh* So after brunch today, microwave shopping is on the agenda!

Competition
As I said, I’m about to run my first ever competition! Although I’m hoping to move down the ‘monetisation’ route, I’m not yet a ‘big’ enough blogger to do sponsored posts and giveaways, but I’ve decided to run a self-funded competition! I’m hoping the prizes arrive today so I can kick it off shortly.

Sorry this has been a bit like a ‘what I’ve been up to’ email!  Although I’m sure you’ve been enthralled!
How has your week been?