Today I’ve been thinking a lot about my negativity. Anyone who’s read ANY of my blog posts would know that I’m prone to be hard on myself; and quite cynical and pessimistic in general. I’ve promised myself in the past that I’d make changes (as per my Miss Positivity and Perspective posts), but to no avail.

I’ve realised that perhaps I’m never going to change. Perhaps I’m just wired that way – to expect the worst, of people and life in general. I know I shouldn’t, but perhaps it is just a defence mechanism I’ve built up over the years to avoid high expectations and the resultant disappointment. In fact, it may well be unrealistic to think that I am going to ease up on myself and others. 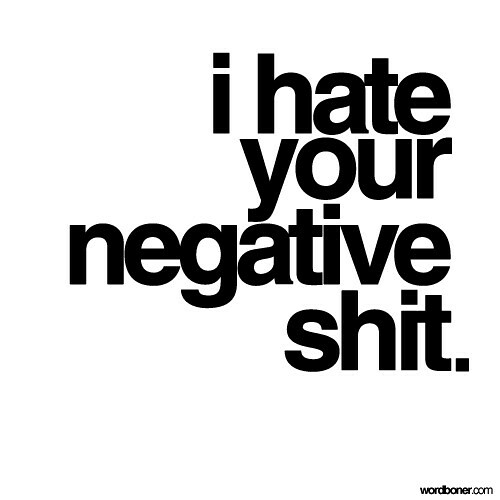 But, something I’ve decided to work on is my ‘victim’ mentality. I’ve talked before about how I tend to be happy with where I’m up to in life until I compare myself to others who I believe have achieved more, or who have more. I never compare myself to those less fortunate. I’ve worked in developing countries but I don’t sit around my tri-level six-year old apartment drinking champagne while playing on my iPhone and think ‘Wow, I’m lucky I’ve got food in my belly and I don’t have to walk half a day to get water for bathing or drinking.’

Nope, instead I sit there thinking that it’s unfair I can’t afford the sort of place I want because I’m single and only have one salary to pay the mortgage. I wish I had a better car, or a better or higher-paying job; and I wish I had a partner and a family of my own.

During my ’30 days of self-love’ posts I had to ponder on a lot of things that I appreciated about myself, my body and others. I remember writing about a thanksgiving service I’d been to for organ donors and recipients and vowing I’d be more grateful for my healthy heart and lungs. I said I’d appreciate my friends more and not feel resentful if they didn’t have as much time for me as I’d sometimes like. I said I’d be more grateful and thankful for what I have…

A couple of others on my program recently had a twitter conversation about documenting the ‘good stuff’ that happened to them. One said she did it each day. I used to as well. In an attempt to be a less miserly and miserable character, I used to force myself EVERY NIGHT to write down a few good things that had happened that day, or to list those things for which I was grateful.

I think I need to start doing that again. 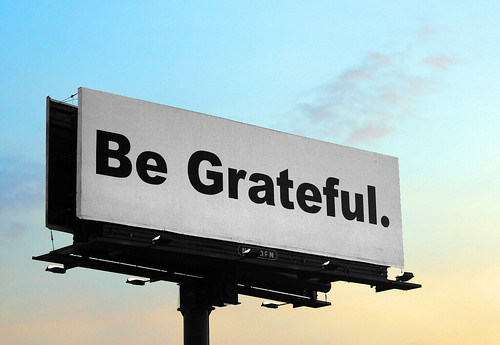 My good fortune strikes when I least expect it to and I am conscious of it but fleetingly. Almost every day as I walk to the train station I walk past an elderly man. The top of his head comes up to my chest or shoulders. Even in the cold of winter he wears long old-fashioned dress shorts and old leather slip-on shoes. He wears a 70s style nylon polo shirt along with a cardigan during the colder months. He leans on an old fashioned walking stick as he hobbles along on his thin bowed-legs. And he wears a hat that I think is a panama style hat, though wouldn’t swear to that. Because I don’t depart at exactly the same time every day I see him on various parts of his journey. Essentially he only walks a block or two, from his home, to buy the newspaper each day.  He lives in an old block of units. I can’t help but wonder how he negotiates the stairs. I can see old mismatched furniture on the verandas of each of the apartments and I wonder which is his. I feel sad for the man as I imagine him sitting on an old dining chair on his tiny veranda, hoping for some rays of sun to warm his elderly body.

I wonder about his life: if he had a wife or lover, a family. He doesn’t look like he has a lot of money, and in my imagination he worked for a minimum wage in the same company for 30 – 40 years. Perhaps he would be surprised that I feel sorry for him. Perhaps he lives a full life and feels grateful that he isn’t homeless and that he can (indeed) afford to shuffle out and buy a newspaper every day.

It occurs to me that one day I will realise I haven’t seen him for a while. And he will be gone.

My place has been for sale for nearly two months. I signed a contract on it last week. It isn’t as much as I would have liked AND it isn’t unconditional yet. If all goes well it will be a done deal in a week, with settlement two weeks after that. That may mean on 23 September I will have a heap of cash in my pocket (or bank account as the case may be) BUT I haven’t yet found the place I want to buy next. As I don’t want to rush into such a purchase, I may even have to rent for a while. Who knows? I possibly should be more worried… but you know me, I worry about the little stuff, not the big stuff.

However, undoubtedly (knowing myself as I do) I will become more and more stressed over the next few weeks as I prepare to sell (or not) and move (or not). It will probably manifest in some unexpected way where I (again) stand about crying at completely inappropriate moments. But… I have to remember that: I am lucky. I am bloody lucky. I am selling a fabulous almost-new apartment. And, while I didn’t get what I wanted for it, I made a bit of money on it. When I upgrade I’ll probably increase my mortgage (*sigh*)… but I have a secure job and income. I have no dependents and hopefully no unexpected debts.

I have my health – which is better now that I am 19-20kg lighter than I was four months ago when my blood pressure was dangerously high (and which will be better in another 20+kg). It isn’t all bad. In fact… my lot in life is quite good! 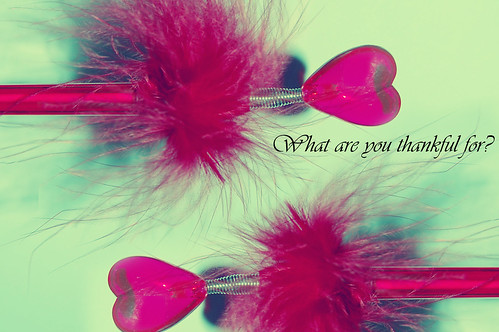 Years ago my mother cut a line off the bottom of a letter I sent to her. Basically in that letter I said that I’d been struck by the realisation that I WAS LUCKY. I had the world at my feet and opportunities lay before me. I should be thankful and make the most of them. My mother was evidently so stunned by my sudden declaration of contentment and positivity that she kept the words for posterity. Obviously I don’t always (barely ever) remember that. But I want to.

From tonight I will pull out one of my many journals procured to document my thoughts. And each night before sleeping I will think about my day and put pen to paper to remind myself of how fortunate I am. I won’t include qualifiers or clarifiers – which I have done previously – but I will record untempered, unaltered positive thoughts.