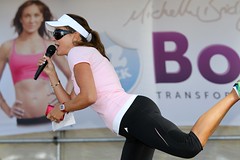 The next round of my weight loss program starts tomorrow. And I’ve been experiencing both a sense of trepidation and relief as the day approaches. I’m also reminded of this time about four months ago when I was commencing the 12 week program for the first time. Obviously I know what to expect this time so I’m suffering far less angst, but I’m still grappling with the ‘Am I ready?’ question which plagued me in the lead up to the start date last time.

I’m currently in my hometown to visit my parents (as my father isn’t well) so am even more out of my routines than I have been in the weeks since the last round finished, but it’s been hard not to think about how differently I am behaving now, compared to the weekend before the program started four months ago.

I know I have been complaining about the fact that my motivation or commitment has waned over the month since the last round of the program finished, but I have to admit it’s kinda reassuring to remind myself of what I was like BEFORE I started.

I didn’t write about it at the time, instead I reflected back on it a month after the fact, but I woke up yesterday (Saturday) morning, remembering that the Saturday morning four months ago was very very different for me. For a start, I really hadn’t slept during the night. I’d been binging on junk food the night before and – after lying there tossing and turning – I finally got out of bed at 5am and retreated into my haven (the bathtub). I took with me a number of caramello koalas and later polished off the rest, along with a lot of Vanilla Diet Coke – for breakfast. 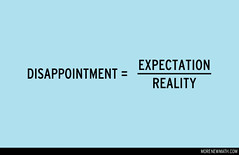 I’m pretty sure I had my other ‘weekend’ treat, corn chips later in the day before having chocolate and chips again on Sunday. And… I’ve previously confessed to one kilogram of oven chips (served with fish as a token gesture of healthiness!) for dinner on the Sunday night before the program’s kick off on the Monday. Amazingly I had still lost 1.1kg by the Wednesday morning weigh-in, after only two days on the program and only two days after my weekend binge.

Despite being away from my own home and my own kitchen, this weekend prior to the program starting, has been very different for me. I haven’t been as ‘good’ as I would have liked as I haven’t ‘tracked’ my calories, as I had said I would, but… I’ve been faced with a number of choices and – most of the time (other than a wine and champagne debacle last night) – made sensible and healthy decisions.

I like to think that shows how far I’ve come and how much I’ve learnt during the program to date. Once upon a time I would be in crazy-woman binge-mode in the lead up to the program’s start. And – although the temptation is ‘slightly’ there, I have refrained.

I’ve been following the frustration and self-doubt being experienced by other person on the program over the past week and can relate to that given my recent mindset.

One of my biggest challenges continues to be the fact that I compare myself to others. Today for example, many on my program have participated in a 5 or 10km Fun Run. And… as I have read their joyous tweets and posts on completion, I’ve experienced twinges of guilt because I am not doing anything similar. In my saner moments it makes no sense: firstly I’m away from ‘home’; and secondly I could easily do other exercise to burn as many calories.

I also worry more about my own mindset because others on the program are so positive and resolutely committed. 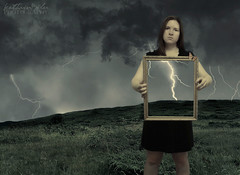 But I have to remember that no two of us are the same. Others may run but not like exercise in the form of dance. They may not ALWAYS feel positive and upbeat, but rather only share their thoughts and feelings when they are (instead of maudlinly bitching and complaining as I do). And perhaps, once upon a time, they were in the same place that I find myself.

So I need to stop looking across at others and FOCUS ON MY OWN BLOODY LIFE!

In addition to a myriad of other mindset issues, I have to examine why I’ve struggled so much since the program finished. Surprisingly I haven’t been madly binging on anything and everything. Rather, my struggle as been one of self-doubt and a sense of anti-climax. I think the program was SUCH a focus on my life for 12 weeks that all of a sudden it was over and I didn’t feel sated by my own outcomes. I didn’t expect to win any prizes or get any recognitition (this is supposedly about ‘me’), but I did have a sense of ‘Oh, is that all there is?’. I seriously don’t know what I expected. Perhaps I should have ‘frocked up’ at the finale party and made a bigger deal of it all. Perhaps missing the group training meant that I felt I didn’t achieve some sense of closure. I’m not sure… but I need to be better prepared for that next time, so that in just over 12 weeks time after this next round finishes, I STILL have a sense of purpose.