When I was young there was a song released called Bad Habits (by someone called Billy Field, who I was going to proclaim to be a One Hit Wonder, until I googled him and discovered he actually had two hits in the early 1980s.). The chorus went something like “Got so many…. bad habits….”. It was quite popular at the time, but a bit like Joe Dolce’s Shaddap You Face from around the same era; topping the charts because of the novelty factor, rather than there being any real quality to the song. 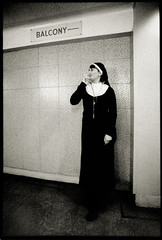 On Monday I met a friend for a walk. We used to go fairly regularly – well we used to go once a week for a few months before our routine was interrupted by bad weather and work / social commitments; but we always talked about going more often. In summer it didn’t matter if we didn’t meet until 6.30pm as it was still light and warm. When I started this weight loss challenge it’d been 8 weeks since we’d walked.

My friend has a partner so has more social commitments than I do, but while I would NEVER have thought about piking out on a walk with her, I wasn’t able to motivate myself to go alone when she wasn’t available. I’ve previously posted that I tend to get shin splints when I walk alone – whether it is a speed or psychological thing I don’t know. But what I do know is that I don’t get them with my friend and it is an excellent chance to catch up on some gossip and debrief about our day while getting some exercise.

As it had been 10 weeks since our last walk, I was cynical about whether our Monday commitment would even come off, we’d had so many false starts over the past few weeks, so I was relieved when I got away from work on time and the weather held out for us. Of course, it was pitch black by the time we met at a local park at 6.15pm, but we happily walked the footpaths of neighbouring streets. Because I hadn’t seen her for so long, I enjoyed the catch up as much as the walk, but was just thrilled that we finally had re-instigated the routine.

What I found surprising though, was that the very act of meeting her and going for the walk, was a bit more confrontational than I expected. And all because of my bad habits….

Because I’m often tempted to drink more than I should on a weeknight (for any reason really), I used to buy wine only when I needed it and didn’t keep a supply on hand unless I had plans with others. As a result, it became a ritual that after each of our walks, I would drive to the bottle shop (just one block away) on the way home. 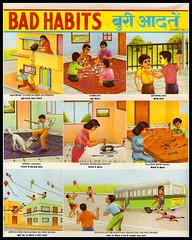 So Monday as I left home, I had to consciously remind myself that I didn’t need to take money with me. Then once I arrived at the park, I realised I didn’t need to park my car in the direction of the bottle shop, for an easy getaway afterwards. And after our walk, I had to just head straight home, though thought somewhat wistfully about the idea of a couple of champagnes or red wines. In the bath while reading a book. Or as I slobbed in front of television. Or with my dinner. Or, anytime anyplace really.

I’m sure I read somewhere that it takes 3 weeks to make or break a habit. I may have made that up, but only inadvertently. In this weight loss program’s first online forum our leader Michelle talked about making new habits and breaking old ones.

A key goal for me has been to break the nexus between sitting in front of the TV and eating and drinking my night away. It is my favourite time of day and often the only part of the day I enjoy. It is MY time and I’m doing the things I love the most. The challenge (over the past 3 weeks) has been for me to still sit ensconced in front of the television, but without any of my vices to keep me contented.

So far so good. Because I’m blogging regularly and spending time on the program Forums, Twitter, Facebook (etc) I am at my home desk and on my computer more than I used to be; and  spending less time in front of the TV surely isn’t a bad thing.

So it occurs to me I’m changing many of my habits, some accidentally and some through focussed intention. I’ve given up my diet coke addiction, junk food and alcohol while on this program. I’ve taken up exercising and healthy meals and snacks. I’d like to think some of these changes are becoming habits and will continue long after this 12 week program, or the next, or even the next has finished. So I’m hoping for me it is a matter of: Out with the old, and in with the new.