Today I’m guest posting for the lovely Satu, at Body Capable, so please pop over and show (us) some love!

I’m always a bit nervous when I send someone else a guest post or sponsored post. There’s that moment, just before I hit ‘SEND’ that I worry about their reaction.

Will they shake their head with regret they’ve asked me to write something for them; or will they clap excitedly and think, “Oh that Deborah is a genius and should be knighted!” Or something!

I’ve been blogging for four years. A pre-cursor to Debbish (Write About Now) started back in January 2009 because, although I’d been doing writing courses for a number of years, I hated the idea of anyone reading what I’d written.

I wrote endless briefing notes for Government Ministers and drafted correspondence, talking points and media releases, but when it came to ‘creative’ writing I was scared shitless. Write About Now started with a whimper, as did Diet Schmiet when it kicked off in May 2010. I was excited to get one or two readers a week. ANYONE reading what I’d written felt amazing!

I now post four or five times a week in both blogs (combined). And I have written a few sponsored posts which have had to be approved prior to publishing.

So, you’d think I was now accustomed to writing for an audience. But, bizarrely the fear remains. At least in part.

When I arrived in my new hometown three months ago I sought out a local writers’ group. I was due to go to my second meeting this week and, as I’d had to leave the first meeting early, it was only this week when I received the reminder that I discovered we’d been given homework.

Actually getting homework doesn’t worry me. In fact, sometimes I need someone to ‘force’ me outside of my comfort zone. However… the notion of having to write something to read to the group was scary beyond belief. 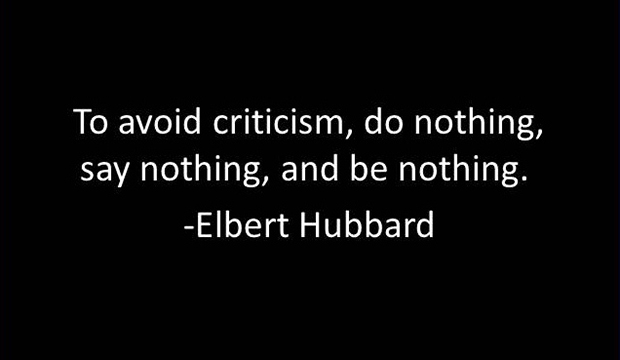 I know that doesn’t make sense given the fact that I gave some of the members my blog cards and they may well already be reading everything I write here and judging me accordingly; but… for some reason having someone read my writing in the comfort of their own home is far less confronting than having to watch someone’s reaction or receive their feedback first hand.

I do realise people will not universally like my writing or what I’ve written. This I can understand. And I may well (ahem, it kills me to say it!) OCCASIONALLY make mistakes and these may (ahem) need to be pointed out to me!

So if I recognize this fact, why then am I so fearful of comments which may confirm that?

I can only think that criticism of my writing (or of anything I do), for me, is akin to failure. In keeping with my recent theme, I suspect this is a direct consequence of my perfectionist tendencies. But I’m trying to change that and the sane part of my mind realises that no one is – or can ever be – perfect. Including myself (sadly!).

Being the best I can be, should be all I strive for. People will either like my writing or they won’t. It’s that simple. Or is it?

Oh, and I should confess… I didn’t do my homework and didn’t share any of my writing at this week’s meeting. Perhaps next time.

How do you take feedback?
Do you avoid doing things to avoid criticism?