I wrote last week about the fact that I’d given up diet coke after many (many) years of consumption. My habit had been my constant companion and (in its most recent form – Vanilla Diet Coke) it offered me comfort , security and occasionally, relief.

It only took a few days for me to get past the headaches and tiredness and over one week on, I feel SO much better. Of course I am not drinking alcohol, I am doing some exercise and I am trying to eat more healthily so should bloody well feel better. And, perhaps I would still feel better (because of those things) even if I was still drinking diet coke. (But it’s best not to think those thoughts!)

But by far, the biggest change I’ve experienced is one I didn’t expect. An added bonus, if you will….  As it happens, the unintentional and unexpected side effect of not drinking diet coke (constantly throughout the day) is that I am no longer constantly hungry. 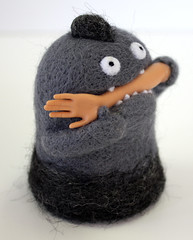 So hungry I could gnaw my arm off

I know a little bit about high and low GI foods and figured, because diet coke actually has no sugar, it is a ‘low GI’ food. Or perhaps even a no GI food. Over the years friends have sent me emails setting out the damage the many chemicals were doing to my body and I’d read reports claiming that the fake sugar actually simulates real sugar and may well be worse for you. I’d always ignored those reports of my blood sugar dropping or escalating with every mouthful of fizzy black goodness, assuming that something without calories could do no harm. And I figured that the lack of calories was more important than the consumption of possibly-carcinogenic ingredients.

So, the lack of hunger came as a bit of a surprise. My stomach used to gurgle away all day. I’d sit in meetings mentally willing it to shut the hell up; and I’d eat to fill the gnawing chasm. I was always hungry. Sometimes so much so I felt sick. Even at times I shouldn’t be hungry.

A few times over the past week I’ve had to force myself to have lunch, or only remembered I hadn’t eaten it at 3pm. NEVER before have I felt like that – though I have long yearned to. Don’t get me wrong. I’m not saying I am overweight because my diet coke habit made me hungry. I mostly over-eat at night. In front of television and very rarely it is because I am hungry. Like my diet coke habit, I ate because I was bored, or happy or sad, or empty (in the non-food related way). I ate because that’s what I do.

But now I’m left with an unfamiliar feeling of not even being hungry during the day. I don’t eat my morning tea at 9am and lunch at 10am and want a wine as soon as I get home to stave off the hunger pangs.

And the reason I know it’s the diet coke (rather than my change in diet or lack of alcohol) is because on the weekend I had a diet creaming soda and afterwards felt that familiar emptiness. It was a good lesson for me and frankly bloody amazing that I learned something new at my ripe old age. So – while I may NEVER not consume a diet drink again, I’ll cut back and make them a rarity rather than a necessity.