My aunt loves telling the story of me one Easter, after having overindulged in too many Red Tulip Easter Eggs… telling her I was “Tick in de tink.”

Obviously I was very young and without the ability to enunciate ‘s’ or ‘th’. Not to mention guilelessly nonchalant about admitting to spewing after too much chocolate.

I’ve oft-admitted here to having no ‘moderation’ button. It’s all-or-nothing in my world, and while I’m slowly trying to change that I’ve accepted that my best bet is to try to manage it.

I’m doing Weight Watchers at the moment – though decades of bingeing/dieting behaviour (yes… again all/nothing) means I’m aware that ‘diets’ don’t work. Doing WW for me means being aware of what I’m eating and tracking it, but still being able to eat almost anything.

However… I’ve kept a few trigger foods off-limits. Corn chips or hot chips haven’t been on my shopping list (but I’ve eaten them out) and chocolate has been completely off the agenda for about three months.

Because – however – I’m working hard to avoid the notion of deprivation, I planned for some Easter indulgences. 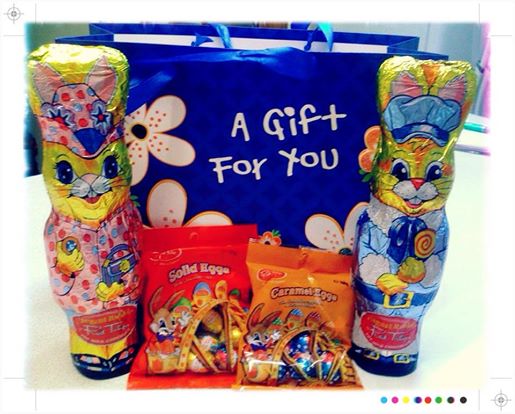 And… as planned I made the most decadent rocky road I could imagine.

And now… After finishing off the rocky road for brekkie… I am again chocolate-less. And that’s ok. 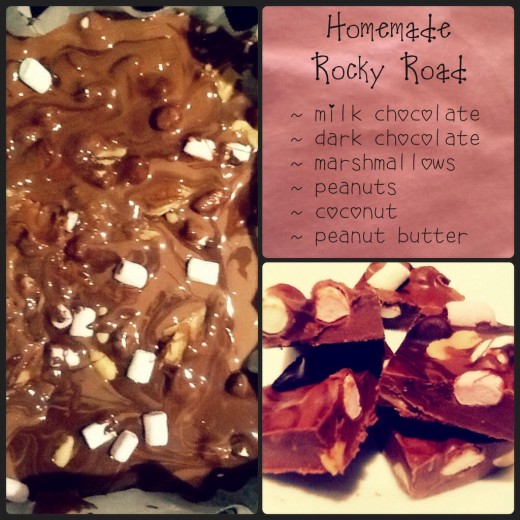 My biggest fear was that this sudden indulgence would give me an increased hankering for junk (and binge/trigger) foods; but… I’m actually feeling okay about the resumption of ‘normal programming’. The chocky was yummy, but I also felt quite crappy afterwards. And a tad ‘tick‘.

In an ideal world I would add a small amount of chocolate into my regular diet. And I know a more moderate person would eke the goodies out for days (as my brother did when we were young) but… let’s face it. I may never be capable of that. And, do you know what? That’s ok. I just need plan for it and work around it.

Best of all I don’t actually feel guilty. The idea of a ‘fast’ or detox entered my head briefly but… thankfully I dismissed it just as quickly. I’ve already planned my menu for today and coming days and feel fine about continuing as I have done over the past three months of Weight Watchers.

Did you indulge this Easter?
Do you ‘eke’ out your treats?

Disclaimer: I have been given a free six month online membership to Weight Watchers but my thoughts, opinions and words here are my own. Please check out the program for yourself before making any decisions.