A advertisement for a health insurance company is currently featuring on our television screens here in Oz, and the moment I saw it I knew there was a blog post in it. Another participant, Ruth from my weight loss program had the same idea and also mentioned it in her latest post. I think the ‘great minds think alike’ moment came about because the ad itself plays on viewers’ hopes and fears.

‘Find a Healthier You’ asks what you’d do if you met a healthier version of yourself.

I think the ad works because it isn’t preachy, rather it’s kind of sad and poignant. It’s not an overly obvious ad; for example, I didn’t initially realise that the featured characters were – in fact – meeting healthier versions of themselves (d-oh!). I also believe that the other endearing aspect of the ad, is that the characters’ healthier selves aren’t chest-puffing types, but rather nurturing… embracing their less-healthy selves.

I know that – because I’m 24-25kg less than I was six months ago – I am healthier than I used to be. I am most definitely fitter and, the last time it was checked, (although I’m still on medication) my blood pressure was almost normal. But I’ve still got a way to go. Interestingly in the past when I’ve allowed myself to daydream about a better version of me, or fantasise about a thinner me (as in my Genie post) my focus turns to the superficial (what I’d be wearing) as well as the psychological aspects… how I’d feel about myself; how I’d feel others would perceive me. Etcetera. But, it occurs to me the advertisement works without us peering into the souls of the healthier characters; and without any analysis of deep-seated neuroses.

So… today I decided to ponder on what a ‘healthier’ version of me would look like if I featured in the ad, and to do that I will – on paper (screen) at least – write my own television commercial.

Current me walks out of an office building at the end of the day. She’s got a nice new hair cut and colour (having dropped $255 Friday night at the hairdressers) but she looks tired. She’s devoid of makeup other than the remnants of some lipstick applied earlier in the day (she sweats the moment anything is put on her face, including moisturiser – although we don’t know this). She looks tired. She has circles under her slightly-puffy eyes and her skin is blotchy. (The script indicates that the character reflects someone who doesn’t eat as healthily as they should, occasionally overdoes the diet coke and wine, and doesn’t have a routine sleep pattern.) Our character is pulling at her shirt to make sure it doesn’t ride up and expose her hips and stomach. As she starts walking towards the train station she looks longingly in the direction of the ‘drop-off’ zone, where we see men and women being collected by loved ones at the end of the day. Unhealthy Schmiet shakes away the feeling of envy and sadness and continues walking.

But just then she spies someone heading to one of the waiting cars. Cue healthier Schmiet. Healthier Schmiet is smiling as she’s approaching a loved one (am thinking of casting Richard Armitage sexily leaning against some fabulous sports car!). Healthier Schmiet turns and her smile spreads as she catches sight of her less-healthy self. There’s no judgement, no disdain or pity. Just pure naked joy at seeing her. Healthier Schmiet’s complexion is glowing. Her skin is clear and she looks healthy (she obviously gets lots of sex!). Her eyes are bright and green. She is resplendent in a cool and summery dress and appears devoid of self-consciousness. She bounces towards unhealthy Schmiet and warmly takes her in her arms. 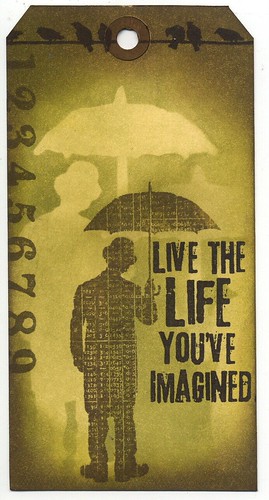 What would she say I wonder? Perhaps had she met her 25kg ago she would say “What the fuck happened to you?” Or perhaps she would ignore her and look the other way, unsure of what to say or do, or how to act around someone who has ‘let themselves go’ so much. What would unhealthy Schmiet say? Would she emit a grudging, “You’re looking well,” all the while seething and feeling like the world truly wasn’t fair. Perhaps. I like to think unhealthy Schmiet would ask about her healthier counterpart’s lifestyle; ask her how she lives her life… to know that it’s doable and doesn’t mean forsaking everything that the unhealthy Schmiet holds dear.

I should remind myself I’m half-way (or even more than half-way) to healthy Schmiet. Some of my yet-untravelled journey is about the physical me – and the need to lose another 20 or 30 kilograms-  but some of it is about the mental and emotional stuff. I tend to  focus on the really superficial stuff – what I can wear, how I will look; rather than my health and how my body reflects my improved health. I know before when I’ve been super-healthy it shows in my face. I don’t always notice. But others do. And comment.

The ‘healthier versions’ in the ad aren’t all about weight. On closer examination they just look ‘brighter’; more alive. And that’s what I want to be.