It’s the weekend here in Oz and time to focus on my other blog. My latest post is about binge-tweeting. So drop by and visit me at debbish.com. 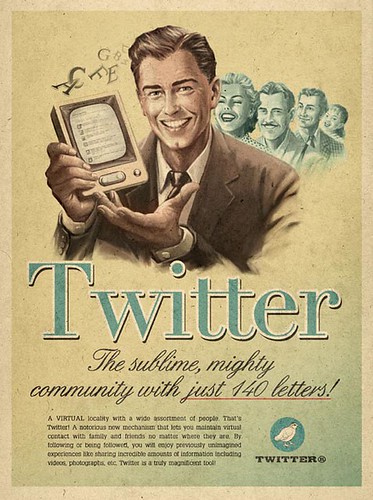 Yes indeed… food isn’t the ONLY thing I binge on. Limited access to social media during the day means that – when I do get on there I have to catch up on everything I’ve missed before it’s time to log off again. The similarities to restricted eating and restricted tweeting are kinda freaky!

In other news I had a much-needed remedial massage today and now have bruises all over the front of my legs and I suspect (if I could see them) my lower back and butt! I was a bit surprised at some of the bits that hurt: adductor, piriformis, QL (possibly causing my constant sore back when I’m in bed) and something on the outside of one of my hips; and those that didn’t – ie. my hip flexors. Plus there was a lump the size of a golf ball at the back of my left hip – the one that always gets sore and which I injured years ago. I’m hoping that – once the bruises and tenderness goes away – my body feels better. The therapist did suggest I get back into pilates… because of my flexibility and her releasing something or other, I need to be careful. Or something!

While I’m blithering away about nothing, which I do, but rarely do (if you know what I mean) I was going to mention that I’m still enjoying my Friday circuit class. Yesterday only two of us turned up and the trainer had us working together. One had to row for 350m while the other did push ups and abdominal exercises and then we switched (three times in total); then one ran on the treadmill for 300m (200m for me cos I’m so unfit) while the other did lunges and shoulder presses and then we switched (three times); finally one did leg curls with the fitball and passed the fitball between our hands and feet while the other did 600-700m on the cross-trainer and we switched (three times). The 45 minutes flew by and it was a great workout. The guy there with me was a lot fitter, but the trainer cut me some slack, reducing my running time etc. I’ve mentioned before that we never know what we’ll get at the circuit class as it depends on who’s taking it and what they decide to give us.

And just cos this non-post is now longer than planned… it’s bloody hot here in Oz today; I’ve just driven my new car across town to visit my brother and sister-in-law for a ‘show and tell’; and I’m about to retire to the bathtub with a book, before settling in for a night at home with some fillet steak and potato and some champagne and / wine.