I’ve been struck by an interesting observation since moving to my new hometown. The fact that people we meet see us as who we are now – the person standing before them. We all do it: make judgements based on what we observe, often in a moment in time. It’s a rare person who can step back and realise that we are being only offered a glimpse of someone’s life, a snapshot if you like… in a long epic saga that will last (hopefully more than) four score years and ten.

I’ve had to introduce myself to some new people since arriving at ‘The Bay”. Other residents in my 17-apartment complex; tradesmen popping in and out of my apartment to fix crap; or just people in shops (cos, you know I do talk to almost anyone about almost anything, right?)

Without fail we get to the point when I mention that I’ve just moved here. Which nearly always results in my fellow conversationalist feeling compelled to share a myriad of information about the place. Mostly I nod appreciatively, pretending to listen to what they tell me: we’re living in the best part of The Bay; traffic is better here than there; stuff about the tide and so forth.

The fact that my eyes glaze over is not a sign of my self-absorption and rudeness (truly and ruly!). It’s more that I’ve been coming to this particular town for 44 years now. As a kid (leaving 35km / half an hour away), we came almost every weekend to visit my Poppie and step-Grandmother who lived just a few hundred metres from where I am now. At Easter and other school holidays we stayed under their house. Later, when I started working I actually holidayed here in apartments on a few occasions. (Although it’s significantly busier than it was when I was a kid, it’s still much quieter than larger coastal towns near our capital city and in the north of the state.)

One day late last week I was heading off on a late afternoon walk and had a conversation with one of the complex’s managers.

He seemed shocked when I mentioned joining a gym. Distrustful almost. As if he didn’t believe that I was a gym-goer (although it has been the case for nearly two months!!!). I must confess that I do feel very unfit at the moment, but am pretty sure I haven’t completely gone to ruin in the last month or two. “How often did you go?” he asked suspiciously, obviously expecting for me to say, once a week or fortnight. My four times a week was met with surprise.

I realised he sees me unenthusiastically lumbering off for a walk and has decided that’s all I’m capable of doing. 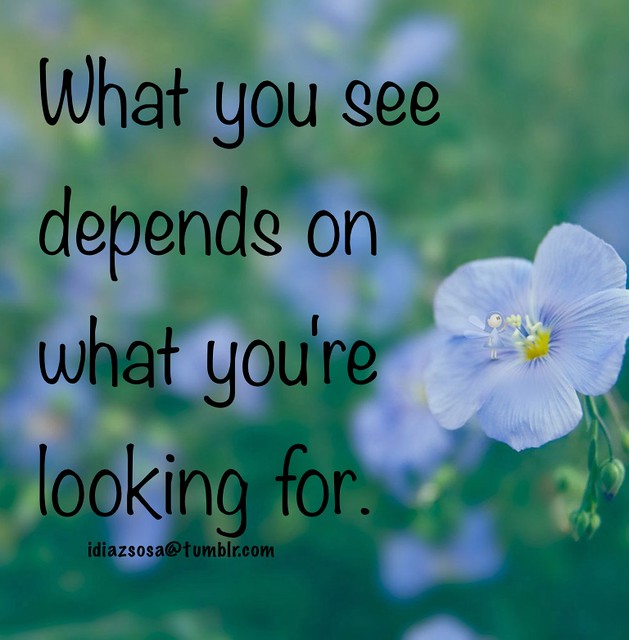 I’ve moaned before about how I’m perceived by some trainers – fat, chubby, unfit… and therefore unathletic or uncoordinated. They don’t know, and make no effort to learn, that I was once fit and healthy and excelled at many sports – well, many might be an exaggeration given I’m really only talking about basketball and netball. But they don’t know that I once exercised for five hours a day when anorexic. They don’t know that I have a deep-seated fear of shuttle runs and the like from obsessive coaches and training sessions when I was a teen.

They just see me as the person before them. A two-dimensional snap-shot. A bite… not the whole damned enchilada.

The change of scenery and meeting of new people means that I’m confronted with a whole heap of judgement from others at once (be it negative, positive or indifferent) which is why it’s been a bit confronting.

It is something, however, that we all do. Every day.

Of course sometimes this can work in our favour. My gregarious and seemingly-efficient ‘front’ means that people often believe I’m more interesting and intelligent than I surely am. I worry that once they spend a bit of time with me, they’ll realise how wrong they are!

I’m pretty sure I’ve made assumptions about some of the people I’ve met based on a second or two of meeting them. In fact it’s hard NOT to judge; to allow some subjective thought to pop into our mind. But perhaps it’s useful to reflect on those thoughts a little, just as I’m trying to address my own negative self talk…. If my inner critic (Myra) says, “God you’re a weak bitch.” I’m trying to stop and consider that for a moment. It may well be the case, but it might not be. All is not always as it seems.

It would do us all good to remember that sometimes.

Do you often feel judged by others?
Do you sometimes rush to judgement about others?