A little while ago I wrote about my bad habit of obsessing about the ‘little’ things. I get so focussed on the miniature of an issue I sometimes tend to ignore the big picture.

Last night I lay in bed tossing and turning as hour after hour passed. And… you guessed it, I was stressing. More than stressing: I was obsessing. As usual, in the not-so-harsh light of day I can laugh at the issues that plagued me, but there and then – in that moment – I could NOT let them go. 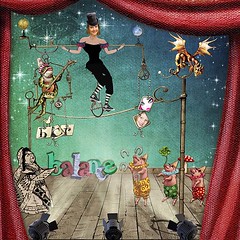 The thing that was stressing me is actually embarrassingly insignificant. Of course!

I’m catching a train to my hometown to visit my parents for a few days later this week. That in itself isn’t problematic and I’m quite looking forward to seeing them and having some ‘down’ time. And… I’m keen to keep up my exercise while home, so am planning to take my exercise gear. But… (this is where it got complicated at 2am this morning) because I’m doing this Body Transformation Challenge (12WBT) and have just started the Couch to 5km (C25k) running program (so far I have done Week 1 Day 1… so many more to go). And… because on Thursday I have a job interview first thing AND have to leave slightly early to make the 3.5hr train trip, I had already decided Thursday would be my rest day. Which means, I have to hit the gym Monday, Tuesday and Wednesday this week. Still… so far so good, but then as I lay there I started pondering WHAT I would do each day at the gym. I’m keen to try some classes, but I somehow need to fit in Days 2 and 3 of the C25k program. So then it played on my mind. Do I do my run Monday and Wednesday after work? Or Tuesday? But the class I most want to try is at lunchtime on a Wednesday and I’d feel guilty if I took a lunchbreak AND left work before 6pm to go to and do my C25k run. But that means I have to do the runs on Monday and Tuesday and we’re supposed to have a rest day in between. PLUS I’ve booked into my pilates studio for lessons Tuesday and Wednesday morning.

Then of course I started panicking about doing having to run in ‘public’ to do a couple of (week 2) sessions of C25k while in my hometown (rather than safely ensconced in a gym). And then I realised the gym I joined here is only open on weekdays so I’d have to fit my three days of C25k in during the week anyway, unless I wanted to run outdoors somewhere near my house. Argh!!!!

It all became too much. I know, I know… I’m sure you are chuckling wondering how on earth I cope with such horrendous challenges!  But I wondered if I should hold off on C25k and not stress about it this week because it’s the final week of this weight loss program and we have our final weigh-in; and because I go away Thursday; and because I have a bloody job interview first thing Thursday morning.

And, the most ridiculous part of all of it, is that my house goes to auction in a week and a half and bizarrely I’m not stressing about that at all! (Or about the fact that I haven’t found a place I like to put an offer in on, in the event mine sells!) 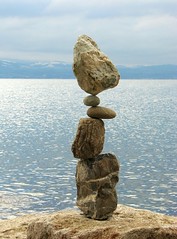 One of the things I love most about the 12WBT program is the camaraderie with other participants but it’s really hard not to compare yourself with them. The fitter of the participants often do a couple of exercise classes a day. As I lay there last night I wondered how on earth I would fit in 6 days/week of exercise for the rest of my life?!  Is that what’s expected, I wondered? Recently another person on my program posted a comment on one of the Forums asking if other participants were somewhat obsessed with the program and if it impacted on the rest of their lives (in a not-so-positive way). I whole-heartedly agreed with this comment. Early on, in particular, my day was completely overtaken with planning and tracking my progress and it played on my mind constantly. I’ve improved a lot, but still think my life is a bit too much about the program. Surely I shouldn’t ‘live, eat, drink, think’ it constantly. I know that living a healthy lifestyle needs to underpin everything we do, but I just can’t help but wonder if I still need to focus more on the now rather than having a constant distraction in the back of my mind.

That’s not to say that I need to ease my foot off the accelerator. I don’t. I have a long way to go to get to a weight that will make me happy (and healthy). And… I know that my personality makes me more prone to obsession and preoccupation – which probably doesn’t impact as much on the many saner program participants out there. 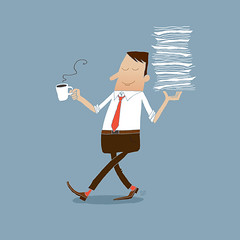 I like to think I’ll coast through my ‘runs’ this week, make it through the final weigh-in and measuring up, get through the job interview and make it onto the train home to my folks; and that Sunday night’s stress will provide a hilarious footnote to add to the other self-deprecating anecdotes I might share. But to get some sleep over coming nights I need a strategy: I think I’ll forget about trying to fit other classes in at the gym given that I can’t get there Thursday and Friday. And… if I feel too incredibly self-conscious to run in my hometown, I’ll go for walks and restart C25k week 2 when I return to Brisbane.

After this Round of my weight loss program finishes Sunday, we will kick off pre-season activities for the next Round. I know from experience (now) that it provides an opportunity to plan for the start of the round proper. I must confess to not really being ready last time. I didn’t know what to expect. But I survived. In fact, I think I did pretty well. I can, however, do better. I know that. I can (and will) improve on my mindset or headspace from the first round and develop a better balance this time around.