*Actually, it was probably 29 nights but that wasn’t as snappy a post title!

As the first half of 2012 nears its end, I’m sure you’re wondering how my June 30 day challenge went. Yes? No? Whatever. I’m gonna tell you anyway!

You will recall that I decided to participate in the Photo-a-day challenge AND avoid my danger-foods (aka binge foods) for the month.

And guess what? I succeeded. Yes, it’s true. My resolution held strong and fast. For a change. 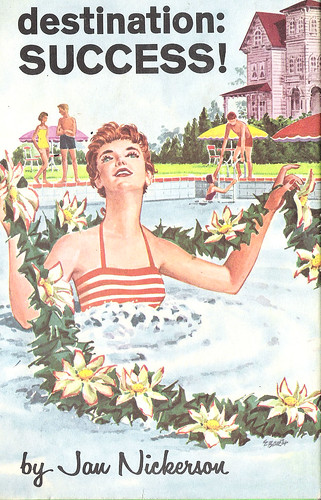 I know the goals I set myself weren’t lofty. I mean, I was hardly inventing a cure for cancer or learning to run 5km. But… given that I hadn’t been able to get through a weekend WITHOUT chocolate, corn chips and / or rice cakes for some time I’m mightily stoked with my achievement. I responded to a comment on my blog a day or so ago saying that – at the end of May – I felt I was spiralling out of control.

In my attempt to not-diet, I moved directly to binge mode – albeit in a binge manner. And by that I mean I was healthy during the week, but spent all weekend eating far too much of my food-of-the-moment. And already I was having to ‘up the ante’. One packet of cheese flavoured rice cakes was no longer enough to eat with my 12 caramello koalas. I needed two packets. And perhaps 2 packets of koalas. I’ve been down that road many-a-time and it’s not pretty. And quite frankly the return journey is excruciatingly painful.

During my mid month check-in I mentioned that I’d gained a bit of weight. Just a couple of kilograms. Fortunately that hasn’t increased, but nor has it decreased. My double digit goal is further off than it was over six months ago. Although still doable.

And – interestingly enough – it became easier as the month went on. I visited some of my danger places on occasion (supermarket stocking my fave foods, service station where I’ve previously picked up ONE small chocolate as a treat; I’ve even survived promotional staff handing out free chocolate). But my resolve has held strong. And, it’s increased along the way. In my old weightloss program (the 12 week body transformation challenge) the leader Michelle talked about ‘strengthening’ our willpower muscle. Quite frankly it seems to work.

However, I must pause for a moment because I really should relish the moment: I. DID. IT.

I said I was gonna do it and I did! In addition to the no-junk, every day I took a photograph of something that someone told me to – which didn’t take a lot of effort, but a mindfulness I don’t often possess. I had to keep it in the front of my mind (with a whole heap of other crap) lest I forget and skip a day.  And well… you know what I’m like. FAILURE IS NOT AN OPTION!

So – building on my June achievements I’ve now set some goals for July which I’ve written about in my other blog. They include daily posting (there) and going alcohol-free throughout July.

I’m hoping the daily posting there doesn’t impact on this blog – though if I keep my posts short and sweet, it should be doable. I’m more worried about the no-alcohol thing. I gave up alcohol for over 3 months a couple of years ago and my chocolate consumption grew in reverse proportion until it got to the point that I was buying 4 x 200g blocks to get me through the night.

I’m not going to do that this time. I swear. Rather, I will continue to not-diet, but attempt to stay away from my binge foods. I don’t think my willpower muscle is strong enough yet to enjoy ‘a bit’ of chocolate or ‘a few’ corn chips without devouring it/them all and going back for more. Again and again. Instead, I’ll keep working on it and – hopefully – at the end of July I will be able to write a similar post…. Acknowledging my achievements for the month and again surprising myself : I can set goals and deliver on them!

Did you set yourself any goals for June? Did you succeed?
What about July?