I was having a conversation with another book blogger about a novel on the weekend and mentioned I’d guessed the plot twist – and the whodunnit – as a result. She hadn’t she said and I pondered on this a little.

I’d like to think I have some kind of superpower or the criminal profiling genius that FBI behavioural specialists would envy, but sadly I think it comes down to the fact… I read (and watch) a lot of crime fiction and television.

I blame Enid Blyton for my penchant for suspense and thrillers because it all started with the Famous Five. And Secret Seven. And then I progressed to Trixie Belden and Nancy Drew. Like most young girls of the 1970s-80s.

I realise now there were few sources of inspiration amongst my contemporaries in my late teens and early adulthood (Veronica Mars and Mickey Bolitar were years from creation) so I leapt from Trixie and Nancy to Agatha Christie and Perry Mason.

Some time in between however, there were also the “Two minute mysteries” – short stories involving crimes or similar and offering up clues. As a kid, I loved them and collected the series before they went the way of flares and spiral perms.

Which brings us to now!

I won’t even bother to list the suspense / thriller / mystery / crime fiction series’ and authors I love, because there are too too many. I’ve also long loved similarly themed television shows.

And – if I do say so myself – I’m often pretty good at picking the whodunnit. Even now. 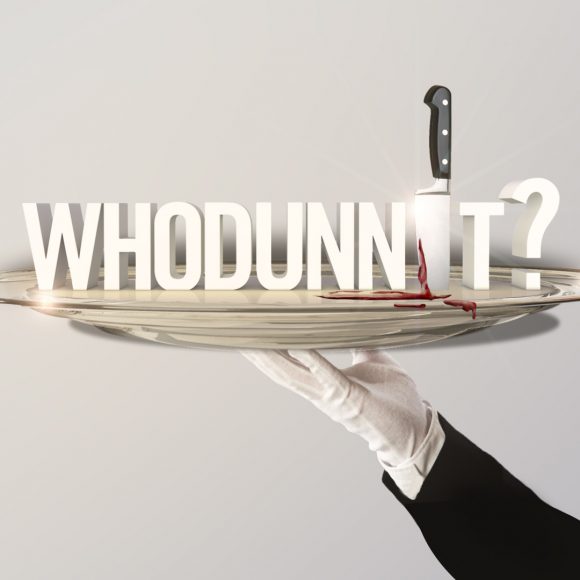 Sadly there’s no special skill involved, rather an eye for detail and (occasionally) a formulaic approach.

TV shows are often more predictable… if someone fairly famous / well-known is guest-starring you can be pretty certain they’re going to play a major role – as the baddie or alternate baddie. So, of an ex-Melrose Place actor pops up on Law & Order SVU or Criminal Minds you know… they aren’t just gonna be the dead body or a bit-player.

In books and TV another giveaway is the excessive detail. Something or someone introduced for a reason that makes no sense. It doesn’t need to be there and should usually have been culled in an editing process.

So… It’s a process of elimination.“Did we really need to know that?” I wonder.

In the book I recently read, something was mentioned in detail. It was seemingly irrelevant – just something that came up in a discussion – but the fact it’s full title was referenced when something generic would have done made me realise it was important for some reason. And later clues made that obvious.

Too much information about something insignificant is usually significant. It’s sometimes bad writing and editing… I mean, did we REALLY need to know what brand of toothpaste that person used or the name of their childhood sweetheart; or is it relevant in some way?

Most authors or screenwriters offer some red herrings and Agatha Christie was the queen of the misdirect. Poirot or Miss Marple always had an obvious suspect in their midst before they unveiled the real culprit. But it’s rare that authors add tiny bits of detail into their false leads.

I suspect I’m not alone in becoming more adept at guessing whodunnit.

There seems to be a spate of mysteries and suspense novels that are twistier than twisty. Perhaps it’s because we’re all increasingly cynical and hard to shock. Perhaps we’ll soon be impossible to surprise.

Are you adept at picking the baddies? What’s your secret mystery-solving weapon?

I should mention, I don’t necessarily mind if I guess ‘whodunnit’. Sometimes the journey is as enjoyable as the destination!