It’s been a good week for many reasons—some great books and some writing opportunities, so I’ll get straight into it!

I had a few nights away from books (and my bathtub—as the two are inextricably linked in my head!) so didn’t read quite as much this past week. I inadvertently went for quality over quantity it seems!

I started the week continuing my battle with Hillary Clinton’s Hard Choices. And… I’m afraid I made the far-easier choice to put it aside. It’s not that it’s bad as such, it’s just that I’m not sufficiently interested in foreign affairs and foreign policy (despite my former career in international aid and time as a diplomat!) to enjoy it. Sorry Hill!

And then I had the opportunity to read a chick lit novel by a virtual blogging friend. And—I LOVED it. Baby, It’s You is Joanne Tracey’s first novel and although she had some initial nibbles, she ended up self-publishing. Jo’s shared a blurb about it on her site and later, an interview with the lead character—Emily Porter—who’s a bit like a higher-functioning Bridget Jones. I’ll be reviewing the book on my blog Monday / Tuesday before its official launch date on Wednesday. 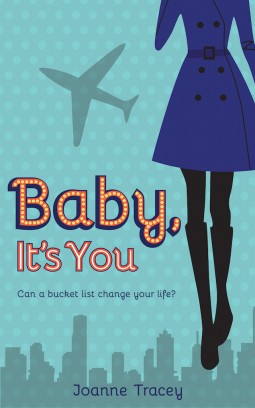 I then devoured Richard Montanari’s The Doll Maker. I’m not entirely sure when/where this novel was released as there were several dates for o/s and Oz releases so I gave up trying to work it out… but I really enjoyed this book and will be finding more in this series. 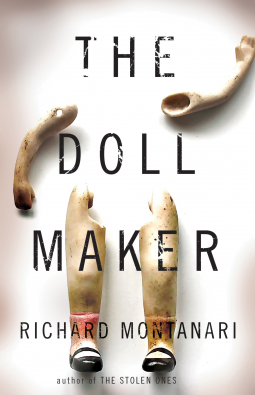 I finally posted my review of What You Can, When You Can—a book by US bloggers Carla Birnberg and Roni Noone. It’s a guide to health, fitness (and wellness) which sensibly promotes moderation in all things.

I shared a not-too-navel-gazing post about happiness and pondered the concept of being happy when one’s life is far from perfect.

I also published a tongue-in-cheek post about my Mother’s Day gift for my mother. #Spoileralert – it was me! (Or at least my time and company!)

And finally I reviewed The Doll Maker.

I decided to pitch my first piece to the local paper. I drafted the whole thing and sent it to the editor who’d said she’d be open to receiving something… only to discover she was away. However someone else got back to me saying they could certainly use it. It was too long (500 words) so they had to do some culling, but I’m excited to have been in print for the first time. It wasn’t a paid piece of work, but it’s certainly a start.

I did some other paid work though, for local companies (including my old one). It’s more of a monthly gig, but it means I’m starting to build my writing portfolio. Better still, I’m starting to get more confident with the idea of approaching potential clients and pitching.

I received five new books last week, including the e-copy of The Doll Maker.

I’m about to start reading one of my other new arrivals—Saul Black’s The Killing Lessons, which I’m looking forward to. Killers inadvertently stumbling across an isolated farmhouse isn’t new to the thriller genre but, rather than a cat and mouse game with some unfortunate woman / family they have trapped, it sounds as if this book will focus on a  young witness the killers have (unknowingly) left behind. 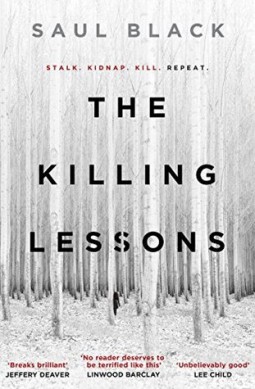 I’m writing this at my mother’s where I’m about to cook a Mother’s Day dinner. I’m not sure if I can top my scrambled eggs, bacon and hash brown concoction (mostly out of packets!) from brekkie, though am fairly sure the crackers and cheese we had at lunch won’t offer any competition! Anyhoo… I’m away so don’t have my books with me. But another new arrival from last week will be next on the list.

And that’s it for my weekly reading check in.

How was your week? What’s on your agenda for next week?

I’m linking up with Sheila from Book Journey for It’s Monday; and Kimberley at the Caffeinated Book Reviewer for the Sunday Post.