Almost exactly a year ago I read One Summer in Venice by Nicky Pellegrino and enjoyed it – particularly its references to the lead character’s quest for happiness and her insight into the fact that our needs and / or desires don’t necessarily make us happy.

I also loved the setting and – as the only place I really (now) want to visit is Italy – I happily leapt at the chance to read her newest release… Under Italian Skies.


Stella has life under control - and that's the way she likes it. For twenty-five years, she's been trusted assistant to a legendary fashion designer, but after her boss dies suddenly, she's left with nothing to do apart from clear the studio.

It seems as though the life she wanted has vanished. She is lost - until one day she finds a house swap website and sees a beautiful old villa in a southern Italian village. Could she really exchange her poky London flat for that?

But what was intended as just a break becomes much more, as Stella finds herself trying on a stranger's life. As the villa begins to get under her skin, she can't help but imagine the owner from the clues around her. She meets his friends, cooks the local food he recommends and follows suggestions to go to his favourite places. But can an idea of someone ever match up to the reality?

As Stella wonders if she can let go of the safety of her past, perhaps there's a chance for her to find a way into her future...

In One Summer in Venice, Dolly gets pulled into the world of the charismatic and worldly Coco. Restauranteur Raffaella and former actress, the beautiful Tosca, play similar roles in Pellegrino’s latest book. They’re not quite as eccentric as Coco and more grounded – each with their own issues and demons. But as older influences and mentors they’re wonderful foils to Stella’s very organised and pragmatic personality.

The characters were all wonderfully developed and I enjoyed getting to know Stella. In fact I very much related to her. She wanted kids and expected marriage and a family, but it wasn’t to be. She’s a bit older than me and she’s kept busy and had a fulfilling life nonetheless. But now she’s finally standing still, she realises her life is empty. 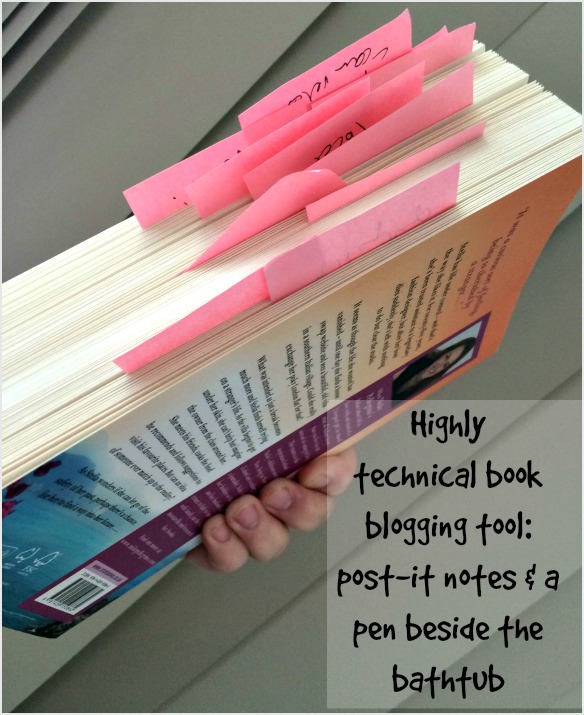 Most of these post-it notes were things which ‘spoke to me’ in the novel. Like I said… I could relate!

I have to admit the whole thing got me fantasising about the idea of a house swap. I’m already in the midst of my seachange so can’t really gallivant off anywhere just now… but perhaps one day. Stella thinks she’s got the best of the deal – in the delightful seaside villa – while Leo’s swallowed up in her small London flat. I also loved Leo’s idea of leaving Stella a pile of suggested ‘things to do’ – giving her an insight into his own passions and a Triento most visitors wouldn’t have.

Again Pellegrino entertains her readers with a wonderful combination of cooking and culture – showcasing a range of delightful and delicious southern Italian delicacies – from olive oils to cheeses to vinegars.

“… food is everything,” argued Rafaella. “It is pleasure, happiness and love; most of all it is memory.” p109

It’s also a love story of sorts, as there’s an underlying whisper of romance as Stella finds herself increasing attracted to her new penpal and house swappee, Leo. And then there’s the opportunity for romance closer to home. And Tosca, in particular, is on the lookout for a partner and obsessed with the notion of a holding a speed dating event to meet the man of her dreams.

What I appreciated though was another message – one that it’s okay to be alone – that we shouldn’t wait to be saved.

What my friend needs is to make her own life instead of waiting for a man to come and build one for her. p 153

And again this book is about taking risks. About the pursuit of happiness and the decisions tbat will get us there.

All the risk lies in doing nothing. p 234

My only real negative with this lovely read was the ending which I felt wrapped everything up a bit too quickly. Not excessively neatly, which was good, but it felt rushed in comparison with the rest of the novel.

Lovers of food, friendship, Italy and romance will enjoy this book. Not to mention lovers of life.

Under Italian Skies by Nicky Pellegrino was published by Hachette Australia and released on 12 April 2016.