I used to be a huge fan of Kathy Reichs and her Temperance Brennan novels. I must confess my interest waned a little in the last outing or two however (number 16, according to Goodreads, so I skipped 17 & 18), so was stoked to see a new novel featuring a brand new character – a former military investigator named Sunday Night. Yes, really!


Meet Sunday Night, a woman with physical and psychological scars, and a killer instinct...

Sunnie has spent years running from her past, burying secrets and building a life in which she needs no one and feels nothing. But a girl has gone missing, lost in the chaos of a bomb explosion, and the family needs Sunnie's help.

Is the girl dead? Did someone take her? If she is out there, why doesn't she want to be found? It's time for Sunnie to face her own demons because they just might lead her to the truth about what really happened all those years ago.

When we first meet Sunnie she’s living on the very isolated Goat Island (off Charleston), where she’s been locked away from the world for six years. Her backstory is slowly and very expertly shared by Reichs, but Sunnie’s jolted out of her self-imposed isolation –  rather easily, as it happens – by her former foster father (and mentor of sorts) who suggests Sunnie look into the missing persons’ case.

I wondered why – after years of isolation (funded by her police disability pension) – Sunnie would so willingly jump into work, civilisation and all of that, but it becomes clearer as her investigation continues that Sunnie can relate (more than expected) to the missing teenager.

This is a very different novel for Reichs as I’m used to her books being centred around very technical and anthropological stuff. Obviously there’s still the crime-solving element, but there’s a very different (more informal, more familiar) feel about this book. 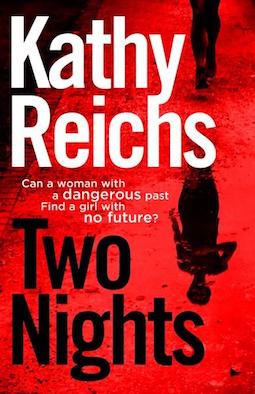 I very much liked (well, loved) the character she created in Sunnie and Reichs seems to move into this genre (sub-genre or whatevs) with seamless ease.

Sunnie’s a prickly character but there’s a strong sense of right, wrong and justice simmering beneath her scarred surface.

I’m hoping this becomes a series as I think Sunnie’s a great protagonist and I’d certainly like to meet (her former foster father and cop) Beau again, along with Gus – Sunnie’s erstwhile partner and an enigma himself.

Interestingly (early on) there are a couple of throwaway comments about Sunnie’s heritage, as well as that of Gus’s and I wasn’t entirely sure if either was black or white and loved that it didn’t really matter. (And I don’t mean only to me, but that Reichs didn’t belabour the fact either way – well, until later in the novel when it’s explained.)

This is very much a thriller. We know whodunnit from the beginning (well, broadly) and we learn why but Reichs cleverly introduces a few twists into the case we weren’t quite expecting, as well the plaintive voice of another victim, that it took me a while to place.

The pieces of this novel (and Sunnie’s life) fall together very nicely in this novel and arrival of Sunnie feels like a change in direction for Reichs and seems – to me anyway – like it offers the established writer a new lease of life.

Two Nights by Kathy Reichs was published by Penguin Random House Publishing (Ballantine) and is available in mid July 2017.

I received a electronic copy of this book from the publisher for review purposes.