I usually shy away from historical fiction, although have made a few exceptions in recent times. I also find that I can cope with novels unfolding in two timeframes, commonly adopted in Kate Morton’s books for example.

The latest novel by Brisbane-based author Christine Wells offers readers dual timelines (so, the best of both worlds – appealing to historical fiction and contemporary fiction lovers alike). It’s the first book I’ve read by Wells and I very much enjoyed her characters and the plot unfolding in the ‘now’ as well as the detail included about the work of female spies and government agencies during the second world war.


'I think I'm in danger. It's a matter of some urgency. You must please come at once.'

After receiving a mysterious summons from her long-lost grandmother, Australian teacher Annabel Logan agrees to visit her home in the Cotswolds. But when she arrives at the magnificent Beechwood Hall, it appears abandoned and the local villagers have no idea where the reclusive Caroline Banks might be.

The one person who might know something is enigmatic journalist Simon Colepeper. He reveals that Carrie became a spy and agent provocateur for MI5 during the Second World War. But when British intelligence failed to investigate a dangerous traitor, she decided to take matters into her own hands.

Concerned that her grandmother's secret past has caught up with her, Annabel stays on to investigate. But the more she uncovers, the more difficult it becomes to know who to trust. There are strange incidents occurring at Beechwood and Annabel must use all her ingenuity and daring to find Carrie before it's too late.

Q. Your recent novels have been inspired by real-life characters, though you’ve obviously fictionalised elements. What comes first, the idea for a plot (after which you discover intriguing characters), or the characters themselves?

A. I read a lot about historical events and eras that interest me and when I find myself becoming obsessed with a particular subject, I know I must write a book about it. Often I find an intriguing quirk of history or a throwaway line about what might have happened if a certain circumstance had been different, and that will spark my imagination. For instance, I’m interested in legal history and the idea for The Wife’s Tale came from my discovery of an old cause of action for adultery called criminal conversation. In the eighteenth century it was common, particularly among the aristocracy, for a cuckolded husband to sue his wife’s lover for monetary compensation, which could run into tens of thousands of pounds—a fortune in those days. I decided there had to be an intriguing story there and The Wife’s Tale was inspired by two real court cases of the time.

The Traitor’s Girl is about two women who work together to uncover a traitor in World War II. That idea came from the memoir of British secret service agent turned Soviet mole, Kim Philby, in which he said the one person he was worried would discover that he was feeding intelligence to the Soviets was Jane Archer, a former barrister who worked for MI-5. Archer was an expert on Soviet intelligence and she debriefed a defector who told her there were Russian moles highly placed in the British establishment. So I thought, what if a female intelligence operative did suspect someone in MI-5 was a traitor? How would she go about proving it when he is a member of the establishment and virtually untouchable?

Q. I was really interested (and impressed) by the level of detail you included in The Traitor’s Girl about the work of MI5 / SIS and agent provocateurs… not to mention the ‘informal’ nature of Sylvia’s work (and that of Carrie’s to a lesser extent). Was a lot of this information readily available or did it require significant research?

A. Thank you! It did require significant research but that was no hardship for me because I found the subject so compelling. One source that has been extremely useful is the British National Archives, which is constantly publishing newly de-classified files of secret agents and operations during World War II. For instance, the personnel file of Agent Fifi, upon whom Carrie is based, only became declassified in 2014. There is still so much more to be discovered about that fascinating period.

Q. Why did you decide to set the book in 1996, rather than now, or something more recent? And what do you like about dual timeline novels?

I chose 1996 for a practical reason: I wanted two women who had been active in the Second World War to still be fairly active in the “present day” part of the story. I suppose I found it easy to slip into the shoes of Annabel, my modern day protagonist as I happened to be about her age in the 1990s. But I must say it is a stretch these days to recall a time when we didn’t have smart phones at our fingertips!

As for dual timeline novels, I love the sense of intrigue that comes from a protagonist in the present delving into the mysteries of the past. I think we learn a lot about ourselves as a society when we look to the past and there is usually a theme common to both timelines that will play out in different ways. 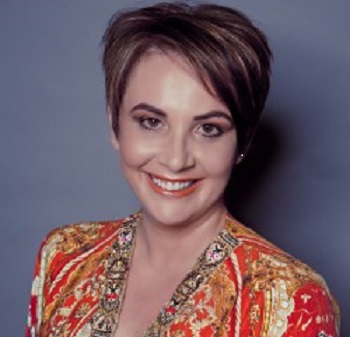 Q. I’ve only recently started reading ‘romance’ as a genre but have noticed however that there seems to a lot of camaraderie and support amongst authors – recently (for example) promoting each other’s new releases, attending launches etc. Is this something that is unique to the genre and its authors; or Australian writers in general; or pretty universal?

A. There is a lot of camaraderie among romance authors which I haven’t seen elsewhere and I think that culture has been fostered by organisations like Romance Writers of Australia. Of course, genuine friendships do exist among romance writers and it’s a lot of fun to get together and support each other, but most romance writers are also savvy business people and they have seen how well cross-promotion works–when authors who write similar books get together for events or recommend each other’s books they expand their respective readerships. And readers love to see their favourite authors band together, too. So, really, everyone wins.

The Traitor’s Girl by Christine Wells was published in Australia by Penguin Random House and is now available. A huge thanks to Christine for her time!

I received a copy of this  book from the publisher for review purposes.