Someone recently told me ECT (electroconvulsive therapy / shock treatment) is actually still used today. I was quite shocked (albeit sans electric current) so checked it out myself and it seems it is – indeed – true. However, I’m assuming we’ve come a long way since the mid 1900s when it seemed hugely popular and used in its unmodified form – ie. when patients weren’t given muscle relaxants etc beforehand. (Plus I have images of a tin bucket on someone’s head with electrodes attached… although maybe I’ve seen too many schlocky movies!) 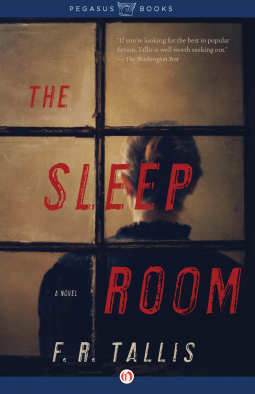 Young and ambitious psychiatrist, James Richards is excited when he’s hand-picked by renowned therapist Dr Hugh Maitland to manage Wyldehope Hall, his remote in-patient clinic in rural Suffolk. Aware that the previous registrar left prematurely, James is confident that he can cope with the isolated location and time-consuming job.

Of most interest to James is his mentor’s controversial project: the Sleep Room, in which Maitland is treating six ‘disturbed’ women with sleep therapy – basically keeping them asleep for 23hrs/day for months at a time, only waking them for food and bathing. While asleep they undergo regular ECT.

James settles into his new role which he finds challenging and interesting. He finds he’s not bothered by the remote location or irregular visits by Maitland; and one of the nurses catches his attention.

But James soon realises there’s more happening at Wyldehope Hall than meets the eye. He often senses a ‘presence’ and there seems to be something amiss in the Sleep Room: although his professional interest is piqued when the sleeping patients appear to dream ‘as one’, his training fails to explain strange occurrences elsewhere in the clinic.

Fearful of sharing his concerns lest he be earmarked as mentally fragile himself, James struggles in silence until the situation becomes critical. 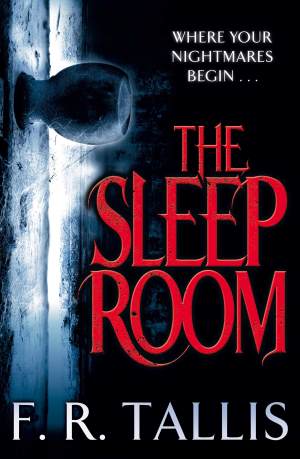 I enjoyed this book and really enjoyed the ending. I won’t say more but it’s one of those books you think about later. Like… A LOT! Damn!

As an aside, I’m also interested in the notion of sleep as a form of therapy. It’s certainly something I enjoy doing… 😉 But, I’m also intrigued enough to have done a bit more research and it seems that here in Australia we had our own Wyldehope Hall (Chelmsford Private Hospital). It’s also interesting that both Maitland and James (the latter to a lesser extent) eschew what they think of as ‘talking therapy’.

I’m not usually a fan of the supernatural, although The Sleep Room was as much a psychological thriller (at least in MY mind). I do note that Tallis has also written a number of psychological and crime novels, which I’ll certainly seek out.

Are you a supernatural novel / movie / TV show fan?
Do you find the idea of sleep therapy alluring?