A local friend was raving about Hannah Richell’s writing (and books) and I had to admit I hadn’t read any.

Thankfully I’d requested her latest and I can see why my fellow-avid-reader loves her work. Her writing is stunning. I’m not a very visual person so some of her incredibly descriptive prose is probably wasted on me, but she strings words and phrasing together in an almost lyrical fashion. As if it comes easily.


Margot Sorrell didn't want to go home. She had spent all her adult life trying not to look behind. But a text from her sister Lucy brought her back to Somerset. 'I need you.'

As Margot, Lucy and their eldest sister, Eve, reunite in the house they grew up in beside the river, the secrets they keep from each other, and from themselves, refuse to stay hidden. A wedding brings them together but long-simmering resentments threaten to tear the family apart.

No one could imagine the way this gathering would change them all forever. And through the sorrow they are forced to confront, there is a chance that healing will also come. But only if the truth is told.

This book unfolds from the points of view of all family members… the three daughters, their eccentric author mother, Kit and their father Ted (a playwright who’s remarried).

Their relationships are complicated and Margot’s arrived home after not seeing her mother for eight years, having left under a cloud at 16yrs of age after her parents divorced.

I was actually really surprised that everyone dumped on poor 24yr old Margot so much. I kinda guessed at the supposedly ‘evil’ thing she’d done at 16, but it felt kinda weird no one wondered more about the why. It didn’t quite gel for me so there was a sense of implausibility over the events of the past. It meant that –  despite Richell’s beautiful words – I probably wasn’t quite as enthralled as I could have been. This would certainly have been a 4.5 star read if so.

We’re given insight into all of the characters as each narrates part of the story and I probably identified more with some than others – which I expect is the point. I initially found the head-hopping a little disconcerting but think having the half-a-dozen narrators interrelated (metaphorically and literally!) meant that there is a consistent pacing and flow to their story.

Those minor gripes aside….  from the prologue I was smitten by Richell’s writing. And because I’m too lazy and there are sooooo many quotes I’d like to share, this is the delightful opening… 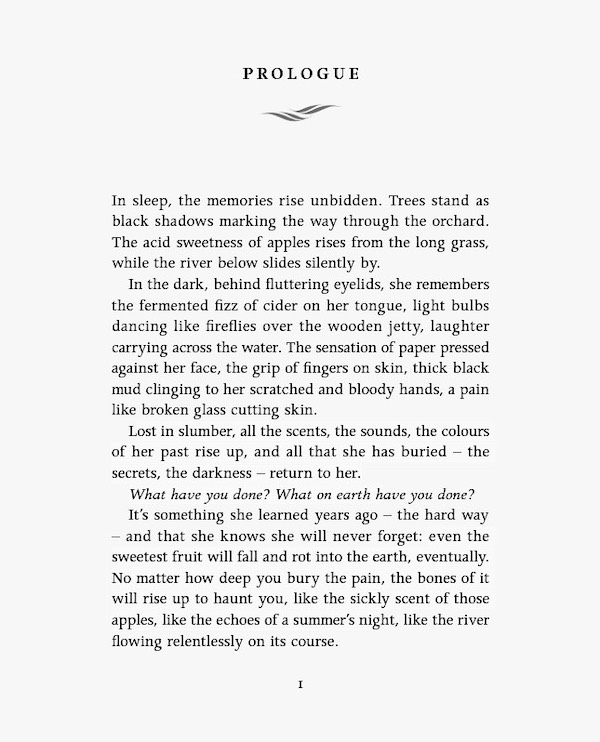 I was reminded of my compulsion to bookmark all of Favel Parrett’s There Was Still Love opening pages; and how I’m always in awe of (though slightly intimidated by) Tim Winton’s descriptive prose as well as those of Eliza Henry Jones, Sofie Laguna and Chris Hammer, and their ability to firmly place us somewhere else entirely.

Though I wasn’t entirely convinced by the likelihood of some of the backstories, I very much enjoyed the way in which Richell examines the relationships here: those between the sisters themselves and individually with their mother and father, and then with the other loves in their lives.

This is a beautifully bittersweet novel and I look forward to reading more of Richell’s stunning writing.

The River Home by Hannah Richell was published in Australia by Hachette and now available.