A quick glance at debut author Kirsty Manning’s website will alert visitors and readers that she’s most certainly passionate about travel and food, both of which feature strongly in her her debut novel The Midsummer Garden, which is set in France, Italy (Tuscany) and Australia (Tasmania).

Italy, and particularly Tuscany is on my bucket list and because I’m a masochist of sorts, I thought it’d be nice to ask Kirsty about it.


1487: Artemisia is young to be in charge of the kitchens at Chateau de Boschaud but, having been taught the herbalists' lore, her knowledge of how food can delight the senses is unsurpassed.

All of her concentration and flair is needed as she oversees the final preparations for the sumptuous wedding feast of Lord Boschaud and his bride while concealing her own secret dream.

For after the celebrations are over, she dares to believe that her future lies outside the chateau. But who will she trust?

2014: Pip Arnet is an expert in predicting threats to healthy ecosystems.

Trouble is, she doesn't seem to recognise these signs in her own life. What Pip holds dearest right now is her potential to make a real difference in the marine biology of her beloved Tasmanian coastline.

She'd thought that her fiance Jack understood this, believed that he knew she couldn't make any plans until her studies were complete. But lately, since she's finally moved in with him, Jack appears to have forgotten everything they'd discussed.

When a gift of several dusty, beautiful old copper pots arrives in Pip's kitchen, the two stories come together in a rich and sensuous celebration of family and love, passion and sacrifice.

The Tuscan section of The Midsummer Garden was inspired by my own travel. Over the year, my husband and I have travelled back to Tuscany many times. Each time I fall a little more in love.

In the year 2000, shortly after my fiancé Alex and I got engaged, he went off to do vintage at Tenuta di Valgiano. I didn’t join him on that particular trip as I had work projects of my own to finish (sound familiar?), but we did venture back to explore the region on our honeymoon the following year. 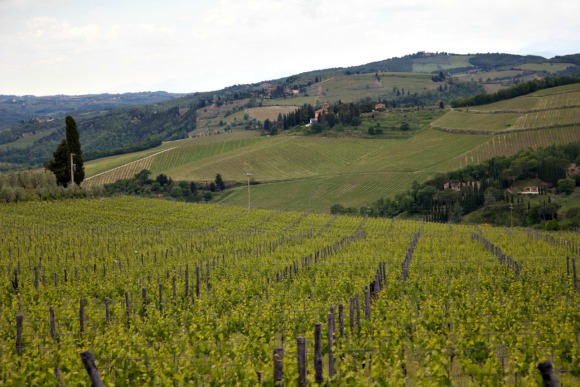 The beautiful villa of Tenuta di Valgiano is poised high above the city of Lucca in north-western Tuscany. Whilst it is off the main tourist trail, it is well worth sidetrip. The main variety for red wine in Tuscany is Sangiovese.

The vineyard has chosen to operate outside of the rigid constraints of the Chianti Classcio DOCG, so the Valgiano Sangiovese shines with a little addition of Shiraz and Merlot. The wines are robust, chewy Tuscan reds with a soft appealing approachability.

In the white—named Palistorti (crooked post) after the old chestnut vineyard posts used throughout the vineyard—sees Trebiano blended with a handful of other varietals to produce a bright textural summer drinking white. This delicious white wine is the perfect companion for grilled fish from the nearby Mediterranean.

The hills surrounding Lucca are covered in forests of wild oak and chestnut, resulting in the most amazing autumn colours. The food here is simple, yet so delicious—wild gathered mushrooms, slow braised veal shank, chestnuts in Autumn. Daily-baked focaccia, fresh curd cheese from the mountains, cured meats and the sweetest tomatoes in summer. Breakfast is a coffee, usually taken standing at the local bar. 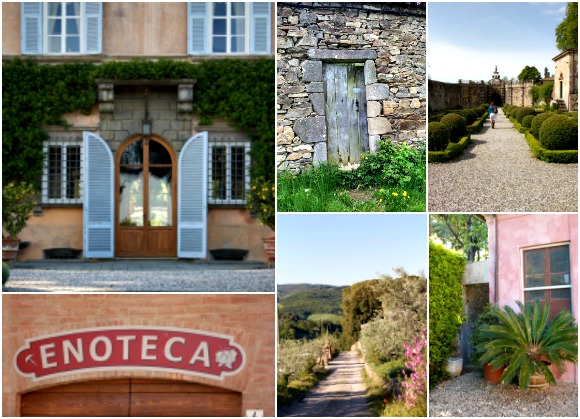 The city of Lucca is a walled university town, compact with walking streets and plane trees lining the squares. The thinking person’s town of Tuscany, Lucca was historically famous for its literature and cigars—rolled from a single tobacco leaf. Marvel at the holm oaks growing at the top of the medieval Torre Guinigi, representing rebirth and renewal since the 1300s.

Friendlier, smaller and more accessible than her brassy cousins Florence and Sienna, Lucca has plenty of shopping, an amazing selection of specialty food stores and some world-class restaurants.

Tenuta di Valgiano is open for wine tastings, and Saverio—the head winemaker—loves to welcome Australians as he spent time working in Australian vineyards.

I often find myself daydreaming of the days we spent hiking the rugged trails past forgotten chestnut huts, picnicking in the woods and pulling into a tiny enoteca perched on the edge of a mountain for a sliver of cignale salumi and a glass of the local red. I wanted to capture some of that history and magic in The Midsummer Garden. 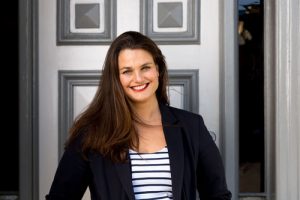 The Midsummer Garden by Kirsty Manning was published in Australia by Allen & Unwin and is now available.

A HUGE thanks to Kirsty for her time and for sharing her passion for Lucca and Tuscany!
(Photographs, all compliments of Kirsty!)