There are rare occasions on which I underestimate my abilities. More often than not it’s about how much chocolate I can eat before feeling sick. Or the fact I can avoid seeing the dust build-up in my bathroom for weeks on end. But very occasionally I’m surprised by my attention span when it comes to topics I assume will not be of interest.

For some reason (which I may at some point recall) I shy away from historical fiction, so when I saw that Alice Hoffman’s latest novel was set in the 1800s I sighed, deciding there was no way I’d successfully navigate its treacherous pages or saga-like plot

Although it was published in early August I kept re-prioritising other books and The Marriage of Opposites  kept slipping to the bottom of the pile. Until last weekend.

I pulled up my big girl pants and told myself I would at least attempt to read a chapter or two.  Four hours later I emerged from my bathtub, wrinkled and concerned about the fact I’d read into the wee hours and had a child’s birthday party to attend the following morning.

Growing up on the idyllic island of St Thomas in the early 1800s, Rachel dreams of life in faraway Paris. Rachel’s mother, a pillar of their tight-knit refugee community of Jews who escaped the European Inquisition, has never forgiven her daughter for refusing to live by the rules.

But Rachel’s fate is not in her own hands: in order to secure the future of her father’s business, she is married off to a widower with three children.

When her husband dies suddenly and his handsome nephew Frédéric arrives from France to settle the estate, Rachel seizes control of her life, beginning a defiant, passionate love affair that sparks a scandal affecting her entire family, including her favourite son, Camille Pissarro, who will one day become a founder member of the Impressionists and one of history’s greatest artists… 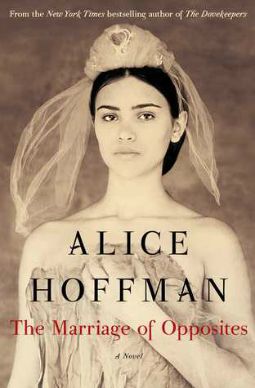 It won’t surprise regular readers of this blog to know that I’d never heard of the artist Camille Pissarro or the plight of Jewish people between 1500-1800. And… a related question—is the European Inquisition the same as the Spanish Inquisition? (I know the latter’s a thing and not just a Monty Python skit! 😉 )

So although I assume my brain has no space to absorb information other than the stuff of trashy gossip pages or stories of psychopathic killers, again I found myself appreciating the history lesson neatly and subtly buried in this novel.

Rachel is a fabulous protagonist. Raised in an era when girls and women couldn’t attend school, inherit property or own a business; an only child, her father ensured she was well-read and well-versed in his business dealings nonetheless.

She collected stories from those around her and dreamt of leaving St Thomas for Paris and living a life very different to the one she had.

She’s surprisingly pragmatic when married off to the much-older Isaac. She has no illusions of romantic love, content instead to fall in love with his children and those she bears him.

His death offers her a second chance of love however and she grabs it despite the condemnation of those around her.

I was a bit disappointed when we moved from Rachel’s head into her son’s… but it made sense. And her relationship with a teenaged and adult Camille was an interesting one. He was her favourite child but they were equally headstrong and fated to push each other’s buttons. And naturally, as Camille chooses to follow his colour-filled dreams, Rachel is reminded she never had the chance to do so.

Another beautiful element in the book is Rachel’s life-long friendship with their housekeeper’s daughter Jestine. Despite their many differences the pair are like sisters and their lives’ inextricably linked.

I haven’t always enjoyed Hoffman’s work but on this occasion I found myself addicted to the stories unravelling before me.

It’s unfathomable to us (here in Australia anyway) that women once had few rights; Indigenous women even less. Unfortunately however people continue to be persecuted as a result of their religious beliefs AND by some of the beliefs of their own religion.

There’s certainly a lot to enjoy about this novel which embeds important lessons in a beautiful tale of life and love-at-all-costs.

The Marriage of Opposites by Alice Hoffman was published by Simon & Schuster Australia on 1 August 2015.