Once I discovered Robert B Parker I devoured everything he’d written.

Fortunately for me, Parker was a prolific writer and I had 35 years of novels to catch up on.  It’s hard to describe what I found – and continue to find – so addictive about his work. There are no tricks, no fireworks, just witty banter, quirky and complicated multi-dimensional characters and a simple, but full-of-twists plot.

Spenser and his world were so vivid and alluring to me that I couldn’t help but wonder how they would translate onto celluloid: I wanted to see my wise-cracking PI on the screen.  But of course, as is usually the case, someone else had this brain-wave before me.

The TV Series, Spenser for Hire, ran from 1985-88 and was, by all accounts a disappointment.  Especially for Parker fans.  Reviews quote Robert Urich as being woefully miscast as the enigmatic and witty Spenser.  The series came across as a stock standard TV detective show, with none of the wit and banter of Parker’s dialogue being translated onto the screen.  Apparently the only character to come away unscathed was Hawk, who featured in a brief TV spin-off.

Spenser apparently again featured in a series of TV movies in the late 90s and early 2000s, which I am loath to find for fear of the aforementioned disappointment.

In 1997 Parker introduced readers to Jesse Stone, a flawed, alcoholic Californian homicide detective who is reborn as a small town police chief.  Parker’s stable of characters grew again in 1999 through the introduction of a series featuring Sunny Randall, a Boston female PI.

While I am not as devoted to the new series, again, Parker provides us with seemingly simple characters who, beneath their flawed surface, have layers of angst and a strong commitment to justice.  Like Spenser, both bend the rules to ensure that good wins out over evil, or right over wrong in the end.  Interestingly also, a number of support characters feature in all three series and I have to admit to some sense of satisfaction (or closure) when Randall and Stone actually end up meeting…. as if I had a hand in their match-making. 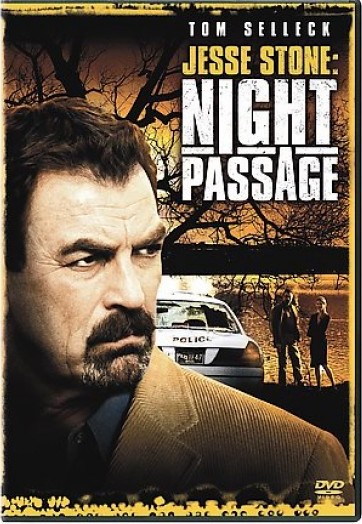 Prior to his rebirth in television’s Blue Bloods, Tom Selleck appeared in a number of “Jesse Stone” TV movies which really didn’t break any new ground, though were sufficiently entertaining for 10pm on a Saturday night.  We are yet to see Sunny Randall on screen, although on his website Parker noted (at the time) that he created the character following a request from actress Helen Hunt for a strong female crime fighter role.  Perhaps the fate of Spenser and Stone in their transition to ‘talkies’ gave Hunt pause for thought.

In 2005 Parker diversified into westerns, launching a new series starting with Appaloosa. Again it appears that someone thought his work would translate onto the screen and a feature film starring Viggo Mortenson, Ed Harris and Renee Zellweger was released in 2008.

If I have one criticism of Parker’s novels, it is his non-lead female characters, namely Spenser’s love-of-his-life, the psychologist with the (much talked-about) Harvard PhD; and the cheating, sleeping-her-way-to-the-top, ex-wife of Jesse Stone. They come across as smug, manipulative and self-satisfied, making the leading men in their lives, too yielding and doting – attributes which don’t gel with their characters.  These women irk me enough to make me wonder about Parker’s perception of the fairer sex, which is interesting because (to the best of my knowledge) the author dedicated most, if not all, of his books to his wife Joan.

Although Parker won a Pulitzer Prize in 1976 for his work, Edith Wharton: A Biography, it is not surprising that his more recent work has not been shortlisted for the Man Booker Prize.  He does however, fair better than the likes of James Patterson in balancing quality with quantity.  And even Parker’s weakest novels are appealing and very readable.  Although some reviewers believe his Spenser novels aren’t as compelling as they once were, I find his voice unchanged as Spenser remains a loveable smart arse and Parker’s continues to deliver his tongue-in-cheek and occasionally self-deprecating prose.

Her desk was beside a door that led to the office of the department chairperson. I knew that at once, because I am a trained investigator and the sign of the pebbled-glass door said Office of the Department Chairperson”

The best thing about becoming a Robert B Parker convert 35 years after he’d released his first book was the dearth of novels available through libraries and second hand bookshops.  I also found myself stalking his website for some time, waiting for my next installment of Spenser (or Jesse or Sunny). Although in existence for 40 human years, Spenser barely aged in literary years.  One could almost be forgiven for thinking he may just go on forever.  Almost.

Perhaps that was why I was so stricken when I logged onto his website early last year only to discover that Robert B Parker had in fact passed away some months earlier. When he died on 18 January 2010 he was 77 years of age and had written over 60 books.