I hadn’t read Esther Campion’s debut novel, Leaving Ocean Road and hadn’t realised there were connections with her latest release when I started reading. It didn’t matter. In fact Campion includes enough backstory to give us some context, but not too much that it’d render reading her first book redundant.

As is so often the case (lately!!!!) I’d misunderstood and thought this was going to be a book about people who come to live at a house for their ‘second chance’ of happiness. I’d envisaged women escaping violent marriages and those who’d overcome a drug addiction. I thought it might have been heavy going, but thankfully it wasn’t that literal and is more about the lives of those involved in planning and renovating the house itself.


Their grandmother's stone cottage was always a welcome retreat in the childhood summers of Ellen and Aidan O'Shea. After a trip home from Australia, Ellen is keen to bring the neglected home back to its former glory and enlists the help of her dear friend and one of Ireland's top interior designers, Colette Barry.

Aidan is already begrudging the work on the house he has avoided for nearly twenty years. The last thing the builder needs is an interior designer who seems to do nothing but complicate his life. With their own personal heartaches to overcome, will Aidan and Colette find the courage to give the house and themselves a second chance?

I don’t read a lot of romance novels but once upon a time read Maeve Binchy (to whom Campion is compared, along with Monica McInerney). So, there’s a warm familiarity with this type of story.

You kinda know where it’s heading from the get-go, but it’s an enjoyable journey. 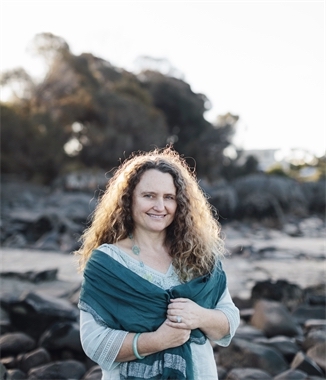 Campion creates some great characters and they’re the strength of this book.

I liked the realism of Aidan. He wasn’t the quintessential hero we so often read about. He’s a bit chubby, a little grumpy and has a teensy bit of a chip on his shoulder.

Aidan and Colette know of each other through Aidan’s sister Ellen, but their first meetings don’t go well. Each take the other on face value and that’s always a mistake of course.

We’re privy to their backstories – Colette’s ex-husband and her heartbreak and current circumstances. Similarly we see Aidan’s redeeming features – particularly his affection towards an ex-girlfriend’s young daughter – and  so, (like Ellen) are not-entirely-objective observers.

I gather Ellen (who’s living in Australia) and Gerry (who moves from Ireland to Australia to be with Ellen) were the focus of Campion’s first book. The pair play lesser roles here, like we readers being the bystanders and watching the events play out.

Campion also adds family members, exes and work colleagues into the mix so there are complications and angst.

Campion takes the opportunity to raise awareness of Ehlers-Danlos Syndrome (something I’d not heard of), which impacts on a real-life friend, in the book.

This is a light and entertaining read. It’s charmingly addictive as both Aidan and Colette travel on their own journey of sorts – Aidan to again take control of his health and fitness (there’s a lot of jogging and exercise in the book!) and Colette to move on from past disappointments and to have a bit more faith in other people.

The House of Second Chances by Esther Campion was published in Australia by Hachette and is now available.