I wasn’t quite sure what to expect from The Girl in the Photograph  by Kate Riordan, although knew it unfolded in two timeframes. I had – in all honesty – expected one of those times to be ‘now’, but that wasn’t the case. I rarely read historical fiction, although enjoy novels by the likes of (Aussie writer) Kate Morton who does the ‘now and then’ thing very well.

As it happens, The Girl in the Photograph  is told from two viewpoints: that of Alice in 1932 – a young woman who finds herself pregnant to a married man; and Elizabeth who is mistress of Stanton House at Fiercombe Estate in the late 1800s.

On discovering her headstrong and intelligent but unmarried 22 year old is pregnant, Alice’s mother invents a dead husband and sends ‘widowed’ Alice to stay with an old school friend (Edith Jelphs, a housekeeper at Fiercombe Manor) until she gives birth. On her arrival Alice senses a long and dark history in the place which is to be her home for several months and she gleans bits of the Estate’s complex history from a reticent Mrs Jelphs and caretaker / groundsman Ruck.

Alice discovers that the unwelcome (white elephant-like) Stanton House was built by Sir Edward Stanton for his family. The original ‘manor’ Fiercombe Manor was left to go to ruin, though was much loved by Edward’s wife Elizabeth and young daughter Isabel. Alice also learns that Sir Edward died in his 40s and (its current owner and) his brother Charles inherited the family property, levelling Stanton House and rebuilding Fiercombe Manor. After his own family tragedy however, Charles, his wife and grown son (Tom) now spend minimal time at the estate which is cared for by Ruck and Mrs Jelphs in their absence. 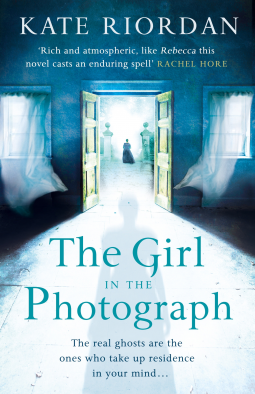 Alice is intrigued by the family and attempts to learn more about the sad history though is thwarted by Mrs Jelphs who continues to be secretive about her previous life as Elizabeth’s lady’s maid.

Alice doesn’t give up however and through letters and journals (and a local historian) learns more about Fiercombe’s history – soon discovering a number of similarities to her own situation.

We simultaneously unravel Elizabeth’s story through alternating chapters and the letters and journal kept during her time at the Manor.

Alice’s narrative is offered with authority and confidence – and in retrospect, four years after she first travelled to Fiercombe. Alice is a fabulous protagonist. She’s smart, inquisitive and extremely likeable. Other characters from Fiercombe – Mrs Jelphs and regular visitor Tom Stanton are also well-developed. And then there’s the continued melancholic presence of Elizabeth who struggled with post-natal depression (then not named or discussed) and several miscarriages.

I enjoyed this novel far more than I expected. The back cover blurb led me to believe it may touch on supernatural themes and be somewhat spooky. But, it didn’t and it really wasn’t. It did, however, offer an interesting look inside the lives of our two main protagonists, Alice and Elizabeth and the social issues and challenges faced by women in their respective times. It was also haunting – in a sad, rather than scary, way.

The Girl in The Photograph by Kate Riordan will be published by Penguin Books Australia on 28 January 2015.

I received a copy of this book for review purposes via NetGalley from the publisher.

PS. Something I did find a little strange is that – very early on – we learn ‘The Girl in the Photograph’ is in fact Mrs Jelphs as Alice remembers her from a photograph of her mother’s. It seemed bizarre to name the book after such an inconsequential occurrence. Of course there are subsequent photographs – Elizabeth and Isabel – so perhaps title is meant to be more poignant. #orsomething

Edit: Apparently the book will be published under the title Fiercombe Manor  in the US and Canada… so perhaps I’m not entirely alone re the title confusion thing.