I’ve read Michael Connelly’s Harry Bosch series off and on over the years but found myself hooked after last year’s The Burning Room.

Solidifying my fandom has been the TV show (telecast here in Australia on SBS) starring the somewhat sexy Titus Welliver as Hieronymus (Harry) Bosch.

Season 1 has only recently finished and I’ve struggling from withdrawal symptoms… so it was timely I get to spend a few nights in the bath with Bosch on his latest exploits. 🙂

Six months ago, Harry Bosch left the LAPD before they could fire him, and then hired his half-brother, the maverick Defence Attorney Mickey Haller to sue the department for forcing him out. Although it wasn’t the way he wanted to go, Bosch has to admit that being out of the game has its benefits.

Until Mickey asks him to help on one of his cases, and suddenly Harry is back where he belongs, right in the centre of a particularly puzzling murder mystery. The difference is, this time Bosch is working for the defence, aiming to prevent the accused, Leland Foster, from being convicted. And not only does the prosecution seem to have a cast-iron case, but having crossed over to ‘the dark side’ as his former colleagues would put it, Bosch is in danger of betraying the very principles he’s lived by his whole career.

With the secret help of his former LAPD partner Lucia Soto, he turns the investigation inside the police department. But as Bosch gets closer to discovering the truth, he makes himself a target. 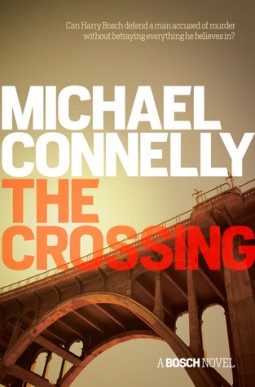 There was so much to love about this book. Bosch’s own inner turmoil as he struggled with ‘switching sides’ to work for Mickey (the Lincoln Lawyer) was particularly interesting, but when it comes down to it (and it appears their client may be innocent), Bosch is all about getting justice for the victim.  It really didn’t matter whose ‘side’ he is on. (To him, anyway.)

What starts out as an open and shut case becomes complicated and just part of a tangled web of crime and corruption. Harry has already pissed off his former colleagues by working for Mickey but coupled with crooked cops, the odds are very much against him.

Harry’s daughter Maddie again makes an appearance and their relationship continues to develop in fits and starts as she’s preparing to head to college.

This is a well-paced and complex page-turner which will please both new fans and die-hard Harry Bosch lovers.

As an aside, I’m keen to see where Connelly takes Bosch next. I’d love to see him do a bit more work with Mickey and it seems NOT having to work within police guidelines and boundaries is a bit more within his comfort zone.

The Crossing by Michael Connelly will be released in Australia by Allen & Unwin on 3 November 2015. 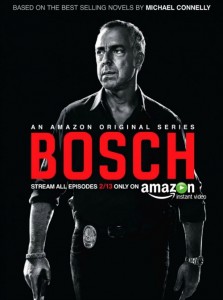 PS. If you haven’t seen the TV series Bosch I’d recommend getting hold of it. (It’s out on DVD here in Australia or probably available online if you’re more technologically inclined than moi!)

It features a great cast and it’s dark and gritty and a tad different to the usual cop drama.