A compelling and beguiling voice shines through Debbie Howells‘ psychological thriller, The Bones of You. Unfortunately the voice is also one of regret and heartbreak because it belongs to 18 year old Rosanna (Rosie); who dies before we meet her.

The book’s been compared to Alice Sebold’s The Lovely Bones for that reason. (Australian novel, What Came Before by Anna George is another which comes to mind featuring someone who’s *supposedly* dead.)

“A community in shock

When eighteen-year-old Rosie Anderson disappears, the idyllic village where she lived will never be the same again. Local gardener Kate is struck with guilt. She’d come to know Rosie well, and thought she understood her – perhaps better even than Rosie’s own mother.

Rosie was beautiful, kind and gentle. She came from a loving family and she had her whole life ahead of her. Who could possibly want to harm her? And why?

A keeper of secrets

Kate is convinced the police are missing something. She’s certain that someone in the village knows more than they’re letting on. As the investigation deepens, so does Kate’s obsession with solving the mystery of what happened to Rosie.” 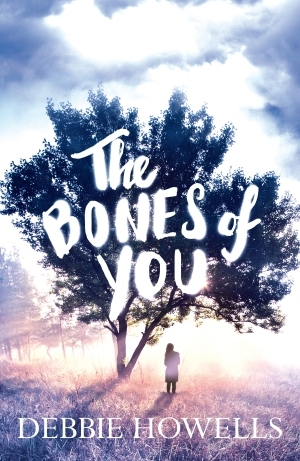 Most of the plot unfolds from Kate’s point of view. As well as a landscape gardener she’s a keeper-of-horses. Her obsession with the case is perhaps a little strange, but ultimately understandable. She’s coming to terms with changes in her own life; her daughter’s leaving for college and her husband’s busy with work. On top of that… she feels some sort of obligation to the 18yr old.

Kate felt a connection with Rosie who visited to help Kate with her horses. A smart and well-behaved girl from a wealthy family, Kate knew their friendship offered Rosie something she needed and had no qualms keeping the time they spent together from Rosie’s parents (Jo and Neal)—who she knew but not well.

Although I worked out the guilty party part-way through the book I was kept guessing as to the ‘why’. Howells does a great job throughout the novel of sharing snippets of information or backstory via Rosie and occasionally her younger sister Delphine. We’re at an advantage to Kate as we’re privy to Rosie’s thoughts and knowledge… as (of course) are Jo, Neal and Delphine.

This novel is very much about family and the secrets they keep… not to mention the always-fraught ‘sins of the father’. The book also says something about taking people at face value and making assumptions or judgements about others’ lives.

My one criticism was the strange role of Laura in the novel—a former friend of Kate and vague colleague of Neal’s. Her appearance and interest in the case seemed almost too obvious at one point and—when all was revealed—I still didn’t really understand it.

However… that’s just me and my predilection for mulling on loose ends.

This book is well-paced, features complex characters and, while it’s underpinned by a darkness, there’s still a glimmer of hope and humanity on offer.

The Bones of You by Debbie Howells was released in Australia by Pan Macmillan on 1 July 2015.

How do you feel about a dead storyteller?