At some point in the 1990s it felt like we were flooded with TV shows based on novels on my bookshelves. From Ruth Rendell’s Inspector Wexford to Colin Dexter’s Inspector Morse—we were offered an array of quality police procedurals. And of course… leading the pack was Prime Suspect, based on the book by Lynda La Plante.

I understand La Plante herself was involved in writing the teleplays for series one and three, but the fact the series stretched to seven seasons was really a testament to the awesomeness of Helen Mirren in the lead role.

So I wasn’t surprised to see La Plante dedicate her latest novel, Tennison, to the woman who immortalised her creation.

However… in this latest offering we’re taking a step back in time to 1972 to meet the young Jane Tennison, a recent graduate of police training college and a probationer with the Metropolitan Police.

I was reminded a little of the TV series I enjoy (Endeavour) which centres around the early years of the man who becomes known as Inspector Morse. (Endeavour being Morse’s never-used christian name!) 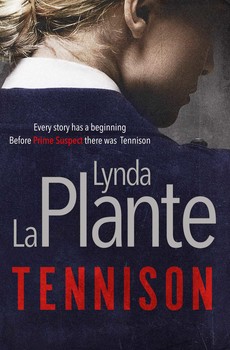 But back to Tennison (the book) in which a Janis Joplan-loving Jane’s still living with her family (who are coming to grips with her chosen profession) and somewhat naive about the ways of the world.

Fortunately she’s got WPC Kath Morgan for support. With seven years on the job, Kath’s a few years ahead of Jane and deftly deals with the chauvinistic behaviour of her male colleagues. I have to admit I kept expecting some rivalry or back-stabbing so it was reassuring to see only encouragement… given they’re the only female police officers we meet in the novel.

As well as grappling with sexual harassment and being seen as a uniformed tea lady and dogsbody, Jane’s also dealing with the usual new-to-the-job hassles. She’s fortunate however to catch the eye of DCI Bradfield (her boss’s boss) who involves her in a murder case:

Right you’ll have to come with us then. No doubt be a few women and kids in the place so I’ll need a plonk for the gentle touch if it starts kicking off.  p.241

Soon Jane and Kath are in the thick of things and Jane’s tenacity and keen mind mean she’s offering key clues when they’re most needed.

I LOVED this novel so I might as well get my ONE grievance off my chest early. There are basically two distinct cases in the book. It’s almost two novels in one. Obviously readers get more bang for their buck, but it was a bit disconcerting to have the first crime—the murder of a young female drug addict and prostitute—wrapped up more quickly than one would expect… particularly in a novel which spans almost 600 pages.

The second crime involves a possible bank robbery and again Jane’s ready with answers when her colleagues most need them.

Young Jane is engaging and likeable and we’re already getting a glimpse of how the young ingenue becomes the cold and thick-skinned DCI Tennison we meet decades later. La Plante also does a great job with those around her, from her friend Kath to Sergeant Harris… her difficult supervisor.

In later years we see DCI Tennison struggle with the whole work / life balance thing and it becomes evident that her dedication to the job places tension on her relationships from the beginning of her career.

Given the two-stories-in-one and insight into Jane grappling with personal boundaries La Plante does a great job at keeping the action moving in the novel. Indeed, I loved this book and couldn’t stop turning the pages, reading the entire thing in a night.

Tennison by Lynda La Plante is published in Australia by Simon & Schuster and available from 16 September 2015.

PS. I note there’s talk of a 2016 TV prequel… presumably based on this book which is fabulous news.