It feels like such a cliché to start these posts with a comment about how quickly the last week’s flown by… but seriously, didn’t I just write my Sunday Post? Could that really have been an entire week ago?

Anyhoo… without further ado, onto the excitement that was my week.

It’s been a light reading week for me. I started the week really behind in my reviewing so didn’t allow myself to start reading for a couple of nights, but I’ve also had stuff on, so have only added two books this week.

I read Joanne Tracey’s Wish You Were Here and later, David Baldacci’s No Man’s Land – the fourth in the John Puller series.

It was also a slow blogging week as I struggled (early in the week) to find the time and headspace to get any writing done.

Eventually I reviewed Wish You Were Here – a book I very much enjoyed; wrote about some of the benefits of being ‘middle-aged’ (though I’m still not sure how I feel about that moniker); and published an author interview with Anna Romer about her amazing ability to place readers in her books. Anna’s also an artist so I wondered if being visually creative helped. 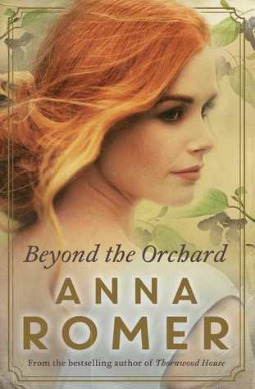 I haven’t even opened my NaNoWriMo novel yet. The keener of my writing friends are already up to 10,000 words and I can’t decide whether I should even start or just not bother given my current lack of enthusiasm.

Oh, and did you notice I changed my banner? It looks a bit weird and I’m not sure if that’s my bad photo-shopping skills or cos I’m not used to my hair cut and colour! I was blonde last time my hair was this short.

🎼If I only had a brain…🎼 Well, if I could only wear makeup… my skin wouldn’t be blotchy even WITH an Instagram filter. #shorthair #again And yes, I do have brown hair colouring around my face!

I’ve got one day of work travel this week and then I’m hoping that’s my last trip for the year as I’m a bit tired of all of the driving I’ve been doing.

My book arrivals seem to have slowed. I think I’ve been requesting fewer hard copies, though I note I’ve had a lot of NetGalley rejections lately. Most have been because they’re US / UK releases, but still…. #hmph! But there were only two new arrivals this week – one print copy (Something to Say from Frankie magazine) and one eBook (While You Were Sleeping by Kathryn Croft).

And… I need to catch up a few house-related things I’ve not yet done: get an electrician in to fix / replace security lights; organise a new security screen door and do a massive clean as my mother’s coming to stay before / after eye cataract surgery later in the week. I also want to work on my study a bit as it’s a great space, but I’ve done nothing with it as yet.

And that’s it for this Sunday Post. As usual I’m linking up with Caffeinated Book Reviewer; and The Book Date for ‘It’s Monday!’ I’m also linking up with Denyse Whelan and Life This Week.

Do you have any exciting plans lined up for this week?