Elizabeth Lhuede’s a writer, book blogger and big supporter of other authors and the book blogging community in Australia, so I wanted to step outside of my comfort zone to read her alter-ego’s first book — Snowy River Man.

I think there’s a term for the genre – outback or rural romance, perhaps? Either way it’s quite a distance from my usual suspense / thriller / crime novels, but one I successfully and enjoyably traversed nonetheless.

Katrina Delaney wakes from a dream about a missing boy. Given her history of successfully finding missing children (well, boys apparently), the vision is still playing on Katrina’s mind when she hears a news story about a child who’s missing. Unsurprised her vision’s correct, she’s most certainly shocked when she realises she knows the boy’s father, having had a rather unfortunate one-nighter with Jack Fairley many years earlier.

Despite their difficult history, Katrina presents herself to Jack and his family to help search for six year old Nick. Jack is suspicious of Katrina’s intentions and we soon learn that their night of passion many years before deeply affected them both.

Katrina remembers Jack as someone who seemingly slept with her despite having a fiance; and Jack believes Katrina, struggling with mental health issues, willingly shunned his later attempts to see her. Oh what a tangled web… etcetera. 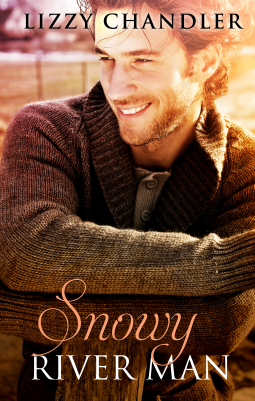 We meet a few other players on Jack’s farm, including his mother-in-law who still lives there after the death of her husband and daughter (Jack’s wife) and Wayne, Jack’s cousin – who offers some light relief. And then there’s old the ‘derelict’, Murray Tom (a local squatter) who was seen with Nick shortly before his disappearance.

Katrina and Jack were strong and likeable leads and Chandler easily and comfortably places us in their heads. The novel was well paced and plot itself enjoyable — however there were a few threads introduced which (I believe) could have been further explored, offering a little more substance.

I’d originally thought Nick’s disappearance would be the result of some nefarious doings, but this wasn’t the case – but… (mystery / suspense / thriller nut that I am) I would have liked to have seen that angle expanded.

The narrative around Katrina’s ‘gift’ and her own family was actually very interesting but felt like a bit of an afterthought. I was keen, for example, to know more about her visions and how she’d used them before. This ability seemed to be something which could catapult the novella into a series if extended a little.

The issue of Jack’s bid for a government contract being gazumped introduced an interesting element which wasn’t explored; and the MIL from hell, intent on criticising Nick wasn’t eventually fleshed out.

I wasn’t sure if some major edits removed these elements, or if there are plans to later lengthen the novella (which is only currently about 160 pages) and add some layers of complexity.

However my personal genre-driven foibles aside, as a romance novel Snowy River Man  is a good read. Lovers of the outback and overseas audiences will enjoy the luscious settings, and the romantics will certainly appreciate this love story with a difference.

Snowy River Man by Lizzy Chandler, is published via Escape Publishing and available from 22 February 2015.

I received a copy of this novel from the publisher via NetGalley for review purposes.