I often love non-ratings periods in television land as programs appear on our screens here in Oz which may not usually make it this far. I know, I know… we seem to have the capability to show episodes of Glee or Two and a Half Men at the same time as they are shown in the US, but many a half-decent show can take years to reach us and… quite often by the time it does it’s already been axed and has been gathering dust in some TV Exec’s filing cabinet with the likes of the American Kath and Kim and Baby Bob.

I recently bitched about the fact that our television networks touted Law & Order LA and Criminal Minds Suspect Behaviour as the next big things, when (in fact) they’d already been axed by networks in the big ‘ol US of A. 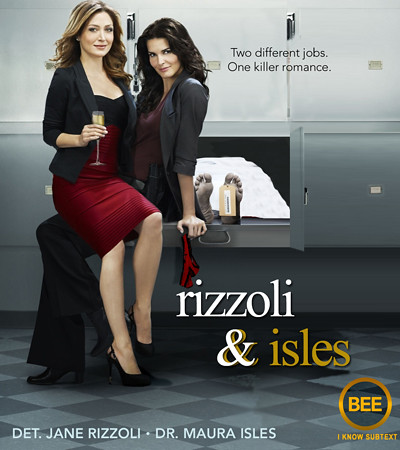 But something that constantly amazes me is how shows can sneak under the radar, remain around for a few years, provide quality viewing and yet garner nary a mention from network publicity machines. Here in Oz, they’ll occasionally appear on the network’s lead station late at night  before disappearing onto one of its second-string digital stations at a time only known to insomniacs and faux vampires. Or shift workers, of course.

Rizzoli & Isles is one of those shows. I can’t even remember now how I came across it. Perhaps Channel Nine generously featured it on that station, before it disappeared onto its digital station here, GEM, which – as it happens – is quite appropriate. Because it is … a little hidden GEM. (Yes, I know…. cue eye-roll!)

I’ve been a fan of its two lead actors for some time. Angie Harmon of course graced our screens in one of the Law & Orders many moons ago, before appearing in the Women’s Murder Club series – which seemed to meet its own untimely end (although the novels from James Patterson just keep on coming….). And of course I was fond of Sasha Alexander in the early series’ of NCIS before she caught a bullet straight between the eyes. Add to that the fact that the television series itself, Rizzoli & Isles, is based on the series of books by best-selling author Tess Gerritsen, giving it a base from which to grow, and it would seem that kismet intervened and we had a match made in heaven. Or something.

In the show Harmon plays a frank-talking no-frills Boston Homicide Detective Jane Rizzoli, and Alexander a well-educated, socially-inept and somewhat-anal Chief Medical Examiner, Maura Isles. The pair is best friends and despite their differences, THAT is what makes the show work. I’m not sure whether it’s the writing or the believability of the characters and their fondness for, and frustration with, each other. But whatever it is, it does. Work that is. 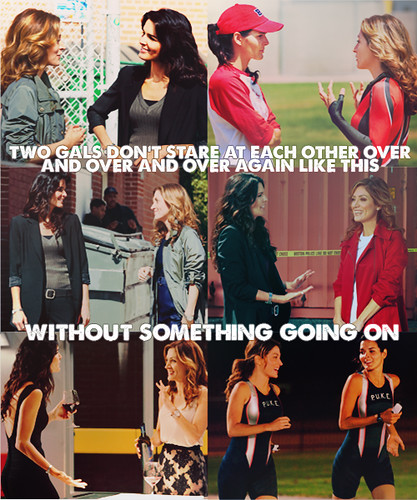 Both women have that X-Factor I’ve written about before. Their banter and on-screen relationship is exceedingly believable and I wonder if they are friends in real life. I ‘follow’ Harmon on Twitter and she certain seems as down-to-earth as her namesake Rizzoli.

The two leads are supported by a great cast, including Lorraine Bracco as Rizzoli’s somewhat annoying (though well-meaning) mother and both characters have their fair share of personal issues to ensure we have a textured backstory and sufficient subtle insight into them and their relationships.

I’d read some of Gerritsen’s books before watching the series and have gone back since to read some more. But – and I probably shouldn’t say this – though she is a talented writer (and has a great blog!!!) I’m not as sold on the characters in the novels as I am on the small screen; something that I suspect has more to do with the talent and charisma of Harmon and Alexander than Gerritsen’s words.

The show has disappeared from our screens here over the past two weeks but while undertaking my vast research (Google and Wikipedia) I noted that the show has been renewed for a third season, which made me very happy indeed.