It’s again time to share my planned weekly reading and check-in to see how I fared last week.

Fortunately last week went as planned. On the reading front anyway! As well as a couple of reviews I also blogged about the fact that something which is normal or mundane to us can – in fact – be nourishing to others.

In fact, I started with a bang, reading three books in three nights. Of course I then decided I was being a bit too obsessive and needed to cut back so I had a couple of nights off. (I have to say though, baths really aren’t the same when you don’t have anything to read. For a start, they’re shorter!)

I posted reviews of Jaye Ford’s Already Dead  and Susan Scarf Merrell’s Shirley. And – as planned – read Touched and When I wasn’t watching and Harlan Coben’s Found.

I was disappointed in the first two novels and only reviewed them both in Goodreads (as per links), The Reading Room and Amazon.

Harlan Coben’s YA novel was – however – a huge surprise and I had to tweet HC and tell him. #asyoudo #fangirlmoment 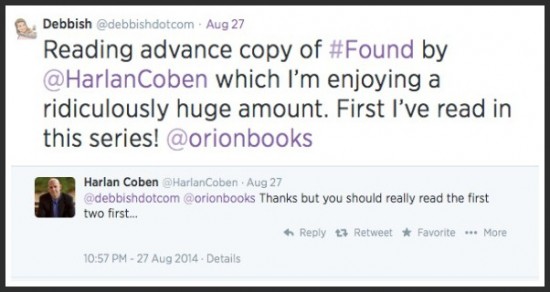 As it happened I also ended up reading Frederick Barthelme’s There Must Be Some Mistake which I’ll review (along with Found) in the coming week or so. 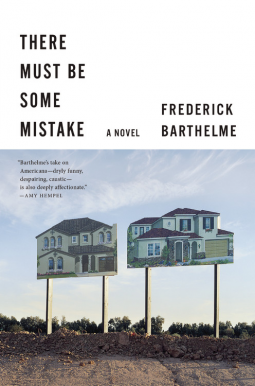 As for my reading agenda this week – I actually don’t have a lot that needs to be read quickly – plus I’m waiting to hear back on some review copies I’ve requested.

I will however be reading some more crime fiction, including I’ll Be Watching You – which is supposed to be similar to Karen Rose’s work (which I enjoy). 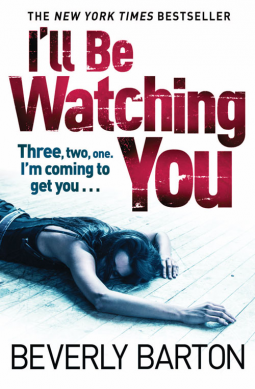 And then there’s The Twilight Hour  by Nicci Gerard (one half of the Nicci French partnership). 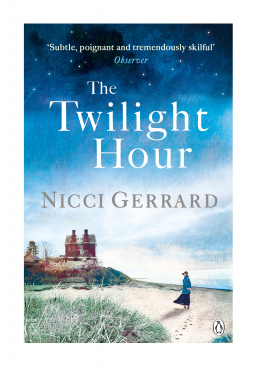 I’ve also been asking for advice on an Aussie book bloggers’ forum about getting on publishers’ lists and networking with publicists, requesting ARCs and books for review purposes. I started reviewing books a year ago (this month) but still feel like a newbie, so appreciate the advice I’m getting and the supportive environment of the book blogging community.

If you’re a reader, what’s on your ‘to-be-read’ list this week?

Linking up with Sheila from The Book Journey again this Monday.