This past week was my first week back in the workforce since making my seachange just over three years ago. Unsurprisingly both my reading and reviewing suffered as a result, but I suspect I’ll soon settle into a routine.

Not much obviously. I had a 3hr drive on my first day as I had to travel to a neighbouring town (90mins each way) to spend the day with my boss. I took the opportunity to try my first ever audio book. Thanks to Bolinda audio I received some samples, which included Liane Moriarty’s The Hypnotist’s Love Story.

I’m not entirely sure how I feel about the audio book thing yet. The negatives I already suspected… it’s taking so bloody long! And I don’t get to savour the words and writing. Plus I actually became quite tired on the way home. As for the positives however, it did keep my mind occupied for the drive. I’m heading away for a long weekend this coming week and have a 3.5hr drive each way, so planning to continue listening to the book then. (Incidentally, I’m enjoying the book itself and Moriarty’s writing is beautiful…).

I easily zipped through Lisa Gardner’s Find Her in a sitting. Which was problematic as it was the night before I started my new job and I was forced (!!!) to read the entire thing until after midnight. 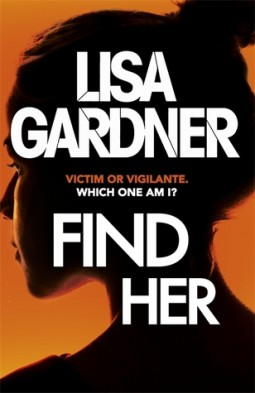 And finally – after 5 nights off – I read Jaye Ford’s Darkest Place. It’s already out, so I’ll be publishing that review next week. 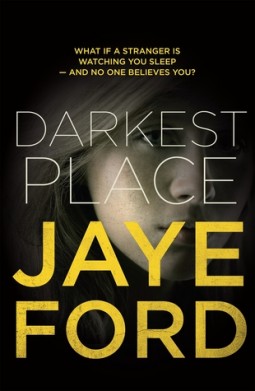 I published my review of Dead Pretty by David Mark in Goodreads. It was the 5th in a series and I really struggled given my lack of exposure to the characters and backstory. And on the blog:

Rebound by Aga Lesiewicz – a slow start, but it grew on me…
Beautiful Broken Things by Sara Barnard – a huge surprise and a rare 5-star rating
Find Her by Lisa Gardner – very entertaining with lots of twists and trickery

I started the new job. As I said, I won’t talk about my work at all here, but understandably I felt somewhat drained at the end of my first few days. Interestingly this working malarkey feels both strange and familiar at the same time.

I suspect I’ll eventually get into a new routine but I felt spectacularly disorganised this first week as I attempted to fit in some emailing, blogging and blog reading before and after work. (#Spoileralert – I failed, so apologise for my lack of blog reading last week!)

Having had that whinge, I’m only working 5 days a fortnight, so (eventually) it should be a breeze!

My TBR pile is kinda scary (for a control freak like me!) as I had a stack of new books arrive last week. Like… 8 or 9. A few have already been published so I’ve mostly de-prioritised them and will focus on those coming out shortly. Except for the latest Alafair Burke, The Ex. It’s out already and has just arrived in my hot little hands so it will be read this week if possible. 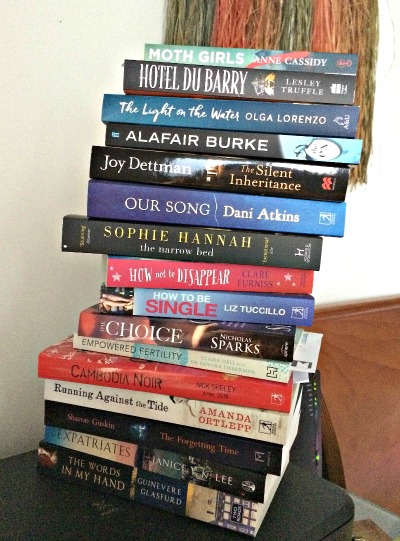 These are just the print copies… there are a stack of ebooks as well.

And finally, I’m catching up with some ‘old’ (long time) besties this coming weekend and I’m really looking forward to it, despite having to return to my pre-seachange world.

I haven’t seen my NZ-based bestie for a couple of years, so am pinch-me excited!

As a result I suspect I won’t settle into a new work / life routine for another week or two, but I’ll eventually get there!

What’s on your agenda this week? Does any of my reading fodder tempt you?

As usual I’m linking up with Kimberly for the Sunday Post and Kathryn for ‘It’s Monday!’