US author James Patterson is unquestionably one of the most successful, popular and prolific writers of our time. He’s perhaps best-known for his Alex Cross, Women’s Murder Club and (now) his Private series’; and he’s increasingly becoming recognised for his charitable work focused around encouraging reading in our next generation.

Patterson does attract some criticism however, as a result of his fascinating output and the likes of Stephen King have talked about quantity over quality. One of the ways in which Patterson keeps up his publishing pace is by co-authoring books. Obviously it helps keep his sales figures’ high but I wondered what benefits it offers to his co-authors.

Australian writer Kathryn Fox, author of the popular Dr Anya Crichton series, is the latest to have an opportunity to work with Patterson, on Private Sydney—the latest instalment in the series about an international detective agency.

Fox was a fan of Patterson before meeting him 11 years ago when he read her first book, Malicious Intent, before it was released.

He was flying out of Australia at 6am the next day but amazingly read it overnight. He even couriered the copy back with a hand written letter saying how much he liked it, and providing a testimonial. (That’s been framed on my office wall ever since).

The pair caught up again years later in New York at a writers’ festival. Fox said by then she’d had three or four books published around the world and Patterson commented on how much he preferred the Australian covers. She was surprised (and delighted) to hear he was following her career. 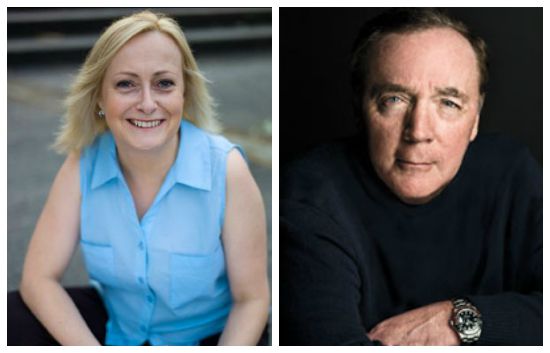 The offer to co-write Private Sydney with Patterson officially came from him and his publisher through Fox’s agent—a pretty amazing email to get late one Friday night, she adds.

The first in the Aussie series, Private Down Under didn’t set the world on fire but it did create some solid and likeable characters, giving Fox something to work with.

She worked on the initial plot outline before discussing it in detail with Patterson and making changes. Fox then wrote the first draft, before handing it over to Patterson for his input and the process continued until they came to the final version. (In unrelated news… it’s undoubtedly a better process than the alternating chapter approach adopted by my childhood bestie and I when we were 8yrs old and completing our first—and only—novel.)

Obviously one of the things which sets each spoke in the series apart is the local flavour. The opening chapter of Private Sydney references eucalpyts, blue gums, redback spiders and shortly after there’s Taronga Zoo and the Sydney Harbour Bridge. I assumed Fox was responsible for adding local flavour and asked if she was tempted to indulge international audiences by having kangaroos hopping down the main streets of Sydney.

There was no need to caricature or tone down Australianisms. Private Sydney is a fast-paced thriller. The settings, flora, fauna and local references are all relevant to the plot and characters. I’m incredibly proud of the place I call home and to present it any other way would be a betraying Australian and overseas readers.

Fox was also able to bring some very contemporary (and important) references to the Private party, with mention of the Martin Place siege and recent introduction of the controversial whistleblower legislation. 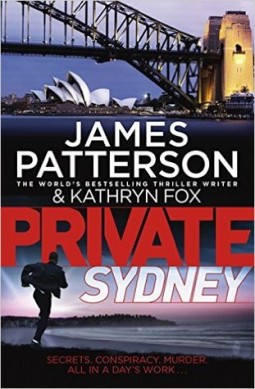 Collaborating with other writers obviously gives Patterson the opportunity to be more prolific but I wondered what it offered to his co-authors. Fox says it’s about far more than increased exposure.

James had been so kind to me at the beginning of my career, it was an even greater thrill to work with ‘the master’. As I writer I’m always keen to learn more and improve, so who better than to work with than James? He knows so much about suspense and story telling, I didn’t really have to think about saying yes. Writing gripping page-turners is a real skill, and the amount of work that goes into each one shouldn’t be underestimated. Working with James is like getting a Masters degree in pace. I’ll take the lessons I learned into every thing I write from now on. Being exposed to a wider audience is a bonus.

In addition to new adventures with Dr Anya Crichton, Fox is hoping to continue collaborating with Patterson on future novels in the (Oz) Private series. But not right now cos the former physician is a tad busy.

I’m taking the next six months to finish a screenplay, develop two TV series (all unrelated to my books) and finish a kids’ comedy novel. Then it’s back to thrillers. The great thing about telling stories is that there are endless possibilities.

Private Sydney by James Patterson and Kathryn Fox was released by Random House Australia on 3 August 2015.

I received an electronic copy of this book from the publisher for review purposes. And thank you very much to Random House and Kathryn for the opportunity to do this interview!!!