A lot of book bloggers I know (mainly in the US) RAVED about Diane Chamberlain’s Silent Sister, released in late 2014. I didn’t get a chance to read it but discovered Chamberlain had over two dozen novels to her name and many many fans. (That’s me living under my rock again!)

Naturally I learned my lesson and leapt at the chance to read and review her latest novel, Pretending to Dance.

Molly Arnette is very good at keeping secrets. She and her husband live in San Diego, where they hope to soon adopt a baby. But the process terrifies her.

As the questions and background checks come one after another, Molly worries that the truth she’s kept hidden about her North Carolina childhood will rise to the surface and destroy not only her chance at adoption, but her marriage as well. She ran away from her family twenty years ago after a shocking event left her devastated and distrustful of those she loved: Her mother, the woman who raised her and who Molly says is dead but is very much alive. Her birth mother, whose mysterious presence raised so many issues. The father she adored, whose death sent her running from the small community of Morrison Ridge.

Now, as she tries to find a way to make peace with her past and embrace a future filled with promise, she discovers that even she doesn’t know the truth of what happened in her family of pretenders. 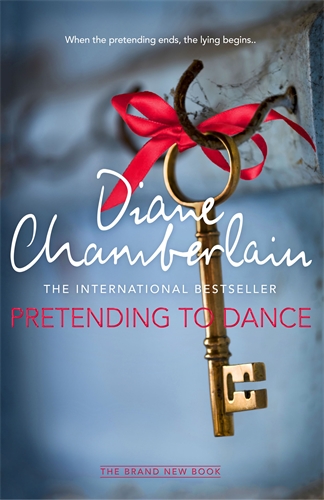 The book alternates between 14yr old Molly in the summer of 1990 and 38yr old Molly as she and Aidan prepare to adopt. It’s the fact that it’s an open adoption that scares Molly. It potentially means the child will have a relationship with its birth mother and Molly’s own personal (catastrophic) experience is etched into her mind.

There was so much to love about this book, but for me it boiled down to the relationship Molly had with her father, Graham—a psychologist with several books about ‘pretend therapy’ under his belt. Molly adores her father and I was extremely touched by the respectful and patiently loving way in which he dealt with her. He expects a lot from her but remains conscious of her age and what she’s able to process.

I’m not sure if this is too much of a spoiler, but Graham has MS. He can no longer move his body but he’s Molly’s world and to her he remains unchanged and dearly beloved.

The book’s well-written and paced, as we journey between teenage and adult Molly. That summer is a poignant one for teenage Molly as she falls in love for the first time; and its events are playing on adult Molly’s mind as she prepares for motherhood.

It’s a lovely read and one YOU won’t regret.

Pretending to Dance by Diane Chamberlain is published in Australia by Pan Macmillan and available now.