Debut author Kate London joined the Metropolitan Police Service after an early career in theatre. It seems an odd switch and has me kinda intrigued but guess both combine to offer a first-hand knowledge of policing and police procedures; and an ability to stage a scene… something which is awfully handy when writing crime fiction!

A long-serving beat cop in the Met and a teenage girl fall to their deaths from a tower block in London’s East End. Left alive on the roof are a five year old boy and rookie police officer Lizzie Griffiths. Within hours, Lizzie Griffiths has disappeared, and DPS officer Sarah Collins sets out to uncover the truth around the grisly deaths, in an investigation which takes her into the dark heart of policing in London. 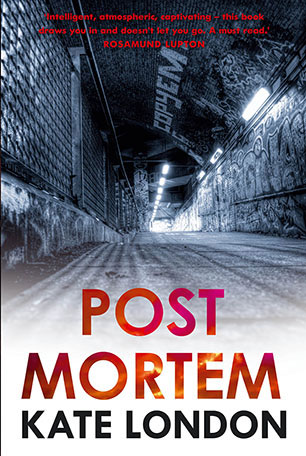 I initially assumed this was part of a series as we weren’t provided a lot of context or background into DS Sarah Collins or her partner DC Steve Bradshaw. It wasn’t until part-way through the book when another police officer challenged Collins about her work that I wondered if her Special Investigations team was some sort of internal affairs section.

Although I didn’t feel as if I knew Collins well, I did (for the most part) like Lizzie. London does a great job of getting inside the head of the relatively new police officer and her internal struggle felt very believable.

I was ultimately disappointed with the conclusion but think it’s probably because I’m a control freak and like everything tied neatly in a bow. London instead offers up something more realistic where good and bad are far from black and white. In fact, she does a great job of not overdramatising or overcomplicating the plot. It’s simple and sadly… it felt very real.

London’s debut book was enjoyable and an easy read though ultimately fell a smidge short for me. The events leading up to the deaths were cleverly unwound but the pacing of some of the flashbacks were a bit too slow and I found I kept jumping ahead guessing what came next.

So, although the deaths and what came before them offered readers something a bit different, I found myself wanting a bit more.

However, this is a good debut from London and I look forward to more as she continues to grow in her new craft. (And I note she’s just finishing the sequel which is great news!)

Post Mortem by Kate London was released in Australia via Allen & Unwin on 26 August 2015.