I love writing and I’ve talked about this several times before… but I usually struggle for ideas, so the notion of a novel has always been a bit out of my reach.

Instead I’ve blogged and written about stuff playing on my mind. In fact, the idea for the one novel I started several years ago came to me out of the blue. I enrolled in a Year of the Novel course and set about writing my novel. I stalled at 30,000 words, decided it was crap and shelved it.

Since then I’ve said – on several occasions – I wanted to participate in NaNoWriMo but November usually rolls around and I’ve had absolutely no idea what I might write about. This year I decided to pursue something I’ve pondered off and on for a while though I had no real plan (ie. the first couple of days were spent with me trying to come up with character names and the like!).

The ‘thing’ I’m writing is crime fiction (which is what I love most to read) though it’s pretty crappy. My ‘novel’ is essentially about someone who’s released from jail (cleared by evidence) years after her incarceration and who then sets about trying to identify potential suspects for the crime – knowing she’ll never really be free until someone else is found guilty. So… nothing new and amazing. (And – as an aside – I strongly suspect this non-opus will never see the light of day! But that’s okay. It’s the idea of getting through 50,000 words which is spurring me on.)

I was about 10,000 words into my novel – written in first person from the point of view from the accused – when I realised that I wanted to inject a bit more of ‘me’ into the novel. 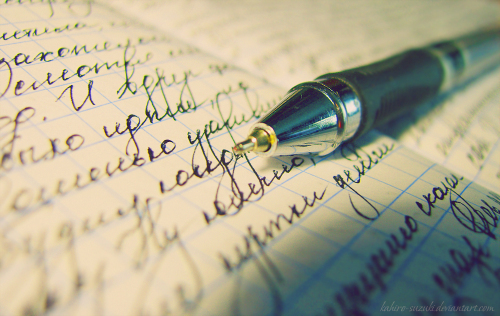 Anyone who reads my blogs will know that I’m kinda sarcastic and self-deprecating. My lead character wasn’t like that so I decided her offsider (a PI) would be the smart-talking witty type. But then I realised… I’m not in his head. HE can’t be offering up sarcastic, snide and insightful comments as we’re not supposed to know what he’s thinking!

Hmmm… so maybe there’s no place for MY voice in this novel. Maybe I’ll have to find some other vehicle in which to vent my bitchy spleen – an alternative novel (!!!!) or perhaps I can just continue to do so in my blog posts.

But then I pondered some more. Many of the novels I love, I do so because of the ‘voice’ of the narrator. Whether it be the child’s voice in Room  or Lost & Found ; the dottery dementia’d mind of Maud in Elizabeth is Missing ; or the droll humour of the likes of Robert B Parker or even Janet Evanovich.

I know not everyone is a fan of the ‘stream of consciousness’ writing which comes from some characters but – as I just said in my review of We Are All Completely Beside Ourselves  – the author nailing a character’s voice helps me get into their heads and I can experience what I’m supposed to. First hand.

So maybe my lead character (the accused) can be snarky and funny. Either way I’m telling myself this is just a first draft. I’m dumping words on the page in various chunks (my novel’s set in 2-3 timeframes). I can decide later if my protagonist is going to be a fast talking sarcastic extrovert or a diffident and controlled observer.

Any hints?
If you’re a reader, what do you like in your main characters? Strength? Wit? Like-ability?

Linking up with Jess for IBOT.