Once upon a time female writers had to write under male pseudonyms as it wasn’t appropriate for women to pen… well anything really, under their own names. Think: Emily Bronte writing as Ellis Bell; Ethel Florence Lindesay Richardson as Henry Handel Richardson.

Thankfully much has changed since then.

At least I think it has.

I was writing a review on the weekend however and pondered on the whole concept of men writing as women and women writing as men, and / or the benefits of being kinda genderless. #inamannerofspeaking

There’s a group of writers and readers committed to supporting Australian Women Writers. And I think that’s great and I’m pretty sure the initiative started to enhance women’s presence on the Aussie writing stage. (Which is kinda weird as I know of far more female authors than male!)

Anyhoo… as I was reviewing the very good Believe Me by JP Delaney I realised I was using vague pronouns when talking about Delaney. Obviously something twigged in the back of my head from the time I reviewed (his) previous book The Girl Before. British author, Tony Strong, writes as JP Delaney. I googled it to make sure and came across this article in the Guardian.

It kinda implies that readers prefer female writers in charge of their female characters.

Some of the authors referenced are ones I very much enjoy: Riley Sager, SJ Watson and SK Tremayne. You’ll note they don’t pretend to be female, but in using a gender-neutral name it obviously allows readers to make their own assumptions.

Having said that, the reverse may well be true…. which is possibly why Nora Roberts started her ‘In Death’ series under the moniker JD Robb. And Serena Mackesy writes as Alex Marwood.

A few reviewers commented on how well Michael Robotham wrote his female lead in The Secrets She Keeps, which came out last year…, as if it was surprising.

I don’t think I care whether I’m reading a book written by a male or female. As long as the characters seem authentic, then it’s all good. Similarly I don’t mind if the lead is male or female. Of course I predominantly read thrillers and suspense so women (more than men) are quite often the victims or targets.

There are a gazillion Jack Reachers, Harry Boschs and Jason Bournes out there;  but thankfully an increasing number of Harriet Blues, Helen Graces, and Gemma Woodstocks.

I don’t read much romantic fiction so wonder if it’s something male authors dare venture into. I know I could google it (but… meh) as I’m sure there are (hopefully not having to write under a pseudonym), but the movie Paperback Hero comes to mind. 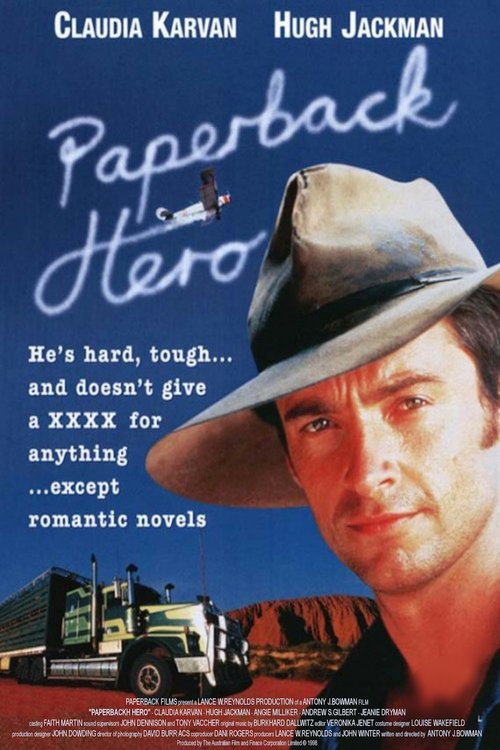 It’s an Australian movie starring Hugh Jackman and Claudia Karvan. Blokey-bloke Jack (Hugh) is a truck driver and writes romance novels under the name of his best friend, Ruby Vale… and of course when he / she (both of them) have to travel to do publicity, hilarity (and some romance) ensues.

Of course now my mind (as it is wont to do) is going off on a tangent wondering if there are heterosexual romance novels written from the male point of view? If not, is it because they’re mostly read by females who want to be able to identify with the female lead? Hmmmm…..

Do you care whether you’re reading a book by a male or female author? Do you need to know? Are there genres more suited to one than the other?