Amy Andrews is a Brisbane-based romance author of 50 books published via traditional publishers and smaller digital publishers. She’s switched things up with her latest book, which she describes as a “strange kind of romantic, paranormal-lite, urban-family, mystery/suspense noir mash up”.

Regular visitors to this blog would know that the inclusions of romantic and paranormal (in isolation, let alone together!) would have me fleeing for the hills, but I’m glad I took the time to read Andrews’ latest novel Limbo, as I think she’s onto something good here.

“Six Feet Under meets Stephanie Plum in Amy Andrews’ fresh, funny, sexy urban-family noir about a country singer who almost made it, a private investigator who’s seen too much and a mother who will cross all barriers to save her child. 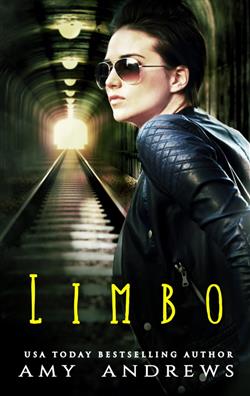 When ex hillbilly-punk rocker turned cadaver make-up artist Joy Valentine is visited by the ghost of a high-profile murder victim begging for Joy’s help to find her kidnapped baby girl, Joy knows from experience the cops are going to think she’s crazy.  So she takes it to the one guy she knows who won’t.

The last thing disgraced ex-cop turned private investigator Dash Dent expected is a woman from his past turning up to complicate his present with a nutty, woo-woo story. The problem is he knows Joy is telling the truth and he can’t ignore the compelling plight of baby Isabella whose disappearance six months prior transfixed the nation.

There’s a lot to love about this book. Andrews does a great job with her characters. Leads, Dash and Joy are complex and felt very very real. The supporting cast—Katie and Eve—were also people I was keen to spend time with.

Andrews is obviously comfortable writing about romance and sex and her casual prose put me at ease. Normally the blunt insertion of ‘wood’ in a conversation and constant referrals to horniness would have me cringing, but it’s done in a way that’s casual rather than gratuitous. There were a couple of sex scenes and although I *possibly* skimmed these sections I didn’t feel the need to skip entire pages! 😉

I really liked Andrews’ choice of crime for this foray into romantic suspense. There were no over-the-top serial killers or heinous mobs. Again it felt very real as did their investigation. Although I love them, I roll my eyes at those novels in which my protagonists storm buildings, confronting baddies and coming out on top, so I really appreciated that Andrews wasn’t tempted to turn our two leads into superheroes.

Although I’m not into the paranormal I’m not completely averse to the role Joy’s ghost played in this novel. In fact I think it might have worked better if her abilities featured more strongly. I wondered if Andrews was perhaps hedging her bets… not wanting to go too far down that road at this point. (For some reason I was reminded of an TV show I once loved called Pushing Daisies.)

As an avid reader of crime fiction, suspense and thrillers, I found myself occasionally wondering why Dash didn’t pursue certain leads, but that was a minor thing and I’m sure Andrews will hone her investigative narrative over coming novels. I’m assuming there will be others, as she’s introduced a few intriguing loose ends (Dash’s corruption charges and his relationship with his former boss; and police involvement in the death of Eve’s friend many years before) which I’m keen to follow down whatever rabbit hole comes next.

Limbo by Amy Andrews, is published by Escape Publishing and now available.