Although I enjoyed Sex and the City (and own the TV series on DVD) I wasn’t a devotee like many out there. Indeed I never read the anthology by Candace Bushnell (based on her columns) which started it all and didn’t rush out to read any of her other work. However when the opportunity arose to read her latest release I happily jumped at it.

Killing Monica centres around an author whose life has become synonymous with the character she created.

Pandemonia (Pandy / PJ) Wallis conceived Monica when she was at school and sharing tales with sister Hellenor. Fast forward a couple of decades and there are Monica books and movies. Pandy has been living a life of luxury and flitting from one party to the next while cashing in on her creation.

But just as she values the lifestyle Monica offers her, she’s wanting a change and keeps telling her long-suffering agent Henry that she wants to kill her off and write something… different.

As is so often the case, Pandy’s life is not all it’s cracked up to be—though interestingly she doesn’t seem to realise that for a very long time. She becomes best friends with SondraBeth, the actress who plays Monica on-screen, until a huge fight ends their relationship. And she marries playboy-turned-restauranteur Jonny—disliked by many of her friends and who ultimately treats her poorly and spends much of her hard-earned money.

We meet Pandy just as her life starts to fall to pieces. Fortunately she has supportive friends—a lifeline offered by Bushnell as (in my little mind) it’s an indication she’s not overly precious or completely egocentric and is (therefore) likeable. And then there’s her agent Henry who’s close enough to Pandy to offer frank and fearless advice and know what to do when she’s falling apart. I was initially frustrated we didn’t get to know more about their relationship as I saw him as a potential love interest. (And had my fingers crossed!) 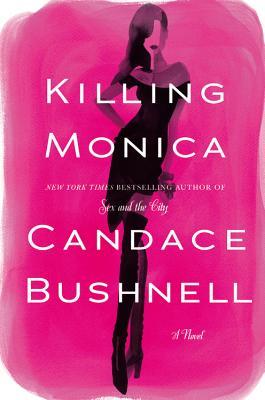 I found the book entertaining for the most part although its timing was a little off. We’re still in the early stages of the plot when we flashback to Pandy’s past and her relationship with SondraBeth and Jonny. We’re there for a very long time, so it feels like a completely different story when we jump back into the present. And that folks is where it fell apart for me.

The last third is farcical. Beyond farcical. Some may find it funny perhaps. But they’d be the same people who enjoyed SATC movie 2. #joking Although I suspect it’s a ‘taste’ thing. But I was annoyed because I’d actually quite enjoyed the novel (and cared about Pandy) until that point.

As for the big reveal about Hellenor… I really did not see that coming but it explained a lot of things.

Many who’ve read this book believed it to be some cathartic effort by Bushnell to rid herself of the SATC moniker and suggest she was writing about her own relationship with Carrie. I notice in interviews however Bushnell is dismissive, saying she finds it ‘fascinating’ that it’s assumed authors base characters on themselves or their own lives. As for my thoughts on the matter => #whatevs.

I don’t regret the few hours I spent with this book but I certainly would have preferred an ending less like something out of the Three Stooges.

Killing Monica by Candace Bushnell will be released in Australia via Hachette on 23 June 2015.

Were you a SATC fan? Or a lover of Bushnell’s work?

* I received a copy of this book for review purposes.